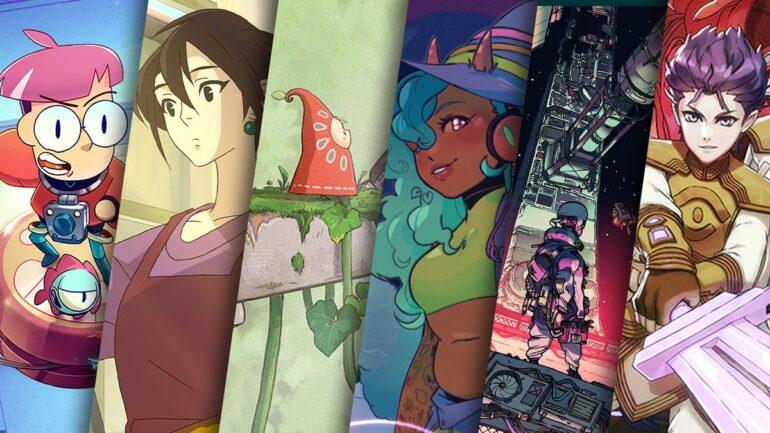 For a long time, it was thought that making a video game, was only for Hollywood. Games require a large team of developers, several years of work, publisher support, and very, very much money and hard work. But as you know, technological advances don’t stand still, game engines and new, easier ways to create games appear. The last decade should be remembered as the heyday of indie games. Twenty-five years ago, the indie scene remained hidden and unknown to most. In the nineties, the only way to get into a store and onto a major gaming platform was to work with a publisher.

In terms of game design, the indie segment dealt with genres abandoned by the AAA industry.Indie developers were creating games that no one had ever thought of before. At a time when the horror genre was starting to disappear from the horizon of major publishers, indie studios came to the rescue. And also indie studios like experimental and unique solutions, which AAA studios are not in a hurry to approach. These examples are roguelike games, still a popular genre among indie developers. Over the past decade, the genre has found new life among a wider audience, thanks to the expansion and emergence of the concept of rogue-lite.

If your character dies during a run or you lose a battle, you start from the beginning. Be prepared! Over time, as you complete more and more quests, you’ll unlock more items to help you on your adventure.

Steam isn’t the only place to find scattered roguelike games. But it is the best place to look. There are so many inventive and unique games that follow a similar format!

Knock on the Coffin Lid is further proof that indie developers can take on unusual ideas that no AAA company would agree too. For the first time in a long time, we’re happy with the game.

Knock on the Coffin Lid is a game this a mixture of atmospheric roguelike with RPG elements. The game was created by RedBoon Studios. The guys are indie developers. A Group of dreamers devotes all their free time to directing the flow of imagination and making the conceived concept into something cool and interesting. The RedBoon team loves Knock on the Coffin Lid with all their hearts. The guys are striving to bring the game to perfection. It deserves a lot of respect.

The action of the game takes place in an alternate medieval age filled with magic and dangerous monsters. Play as a hero rising from the dead, who is destined to fulfill his destiny. The fascinating storyline will constantly put you before a difficult choice.

With any new passing game, the world is generated anew. When you die, you will hear a knock on the coffin lid. Then everything starts from the beginning. You can’t take anything with you into the coffin. Don’t get your hopes up! The opponents and events that can happen to the protagonist change. Each successive attempt will not be like the previous one. Does it sound interesting, doesn’t it?

Another cool example of a roguelike is Dead Cells from the indie developers Motion Twin. In general, the first acquaintance with Dead Cells can last for hours, because the developers managed to correctly implement the mechanics of roguelike, keep the locations in the familiar platforming style, involve in the process of character development and equipment learning, fill the world with different enemies with unique attacks and, most importantly, make the game moderately complicated.

You will find yourself in a typical fantasy dungeon, not just any dungeon – a place of execution. You move into the nearest corpse. Your character is a parasite who just wants to escape from this place. Upon reaching the first resting place, you see a whole mountain of bodies already used by you – past failed attempts. This is where the story ends, as with many members of the genre.

Pick up cool weapons, lose them when you die, get frustrated with the meaning of life, and go through it all over again. Knock out runes to unlock alternate paths, and get to fight in new places. You’ll have to agonize over the heartbreaking choice between powerful but uncomfortable weapons and simultaneously beloved but outdated ones. Putting a curse on yourself in pursuit of a perfect reward and dying without calculating your strength. It’s all Dead Cells.

You can also pay attention to the game Hades. Hades is probably in the small category of roguelikes that you want to go through to the end because of the story, the world, and the general atmosphere. Here they are similar to Knock on the Coffin Lid. The story game tells us the story of Zagrey, the son of Hades. He has decided to find his biological mother. To do that he needs to escape from hell. The main thing is to escape from the realm of the dead. This is what the whole gameplay is built on.

Hades contains elements of character development for a currency that you get during each adventure, a complication system, and even a mini underworld improvement system. There is also one very important point worth mentioning on the game’s merits. Pay attention to it! The player can communicate with various characters and, to a certain extent, develop relationships with them through gifts between races. This way you get to know their history, which in my opinion is extremely rare in projects with a roguelike element.

In ten years, the term indie has ceased to be associated with simple games that you can run when you’re bored. Now indie is often synonymous with ingenuity in game design.

When it comes to the visuals and business side of the game industry, indie studios have invested a lot more in the development of expressive means than big developers. The consoles of the latest generation are welcoming indie developers with open arms because game platform owners see the potential of these teams. And one of the most popular game genres of indie developers is a roguelike.