Fortnite releases a batch of new cosmetics, and while free, players must meet certain requirements before unlocking any of them. 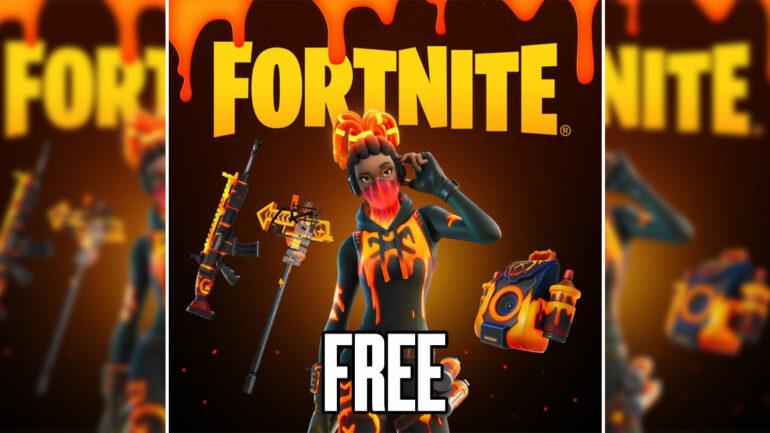 As we all know when it comes to skin Fortnite never disappoints players, as the game is available for a free ton of its money are made through the skin it introduces. But sometimes you can get few of these skins for free. keep scrolling this article below to know how you can get the sulfuric street shine pickaxe. 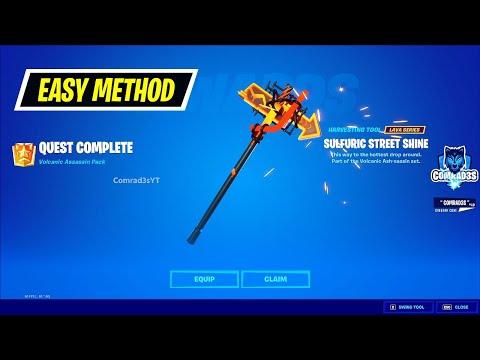 First, you need to own the volcanic Assassin pack that’s certainly for free but there is a catch to it. You first need to login to your Fortnite ID on PC and Claim the volcanic Assassin pack at the Epic Games Store. This means if you are gaming on a console you certainly don’t have good luck. Upon claiming you need to complete certain quests to unlock the various cosmetics available in the pack. This pack is a part of the Mega sale going in the Epic Games Store which also provides a ton of discounts on various other titles. 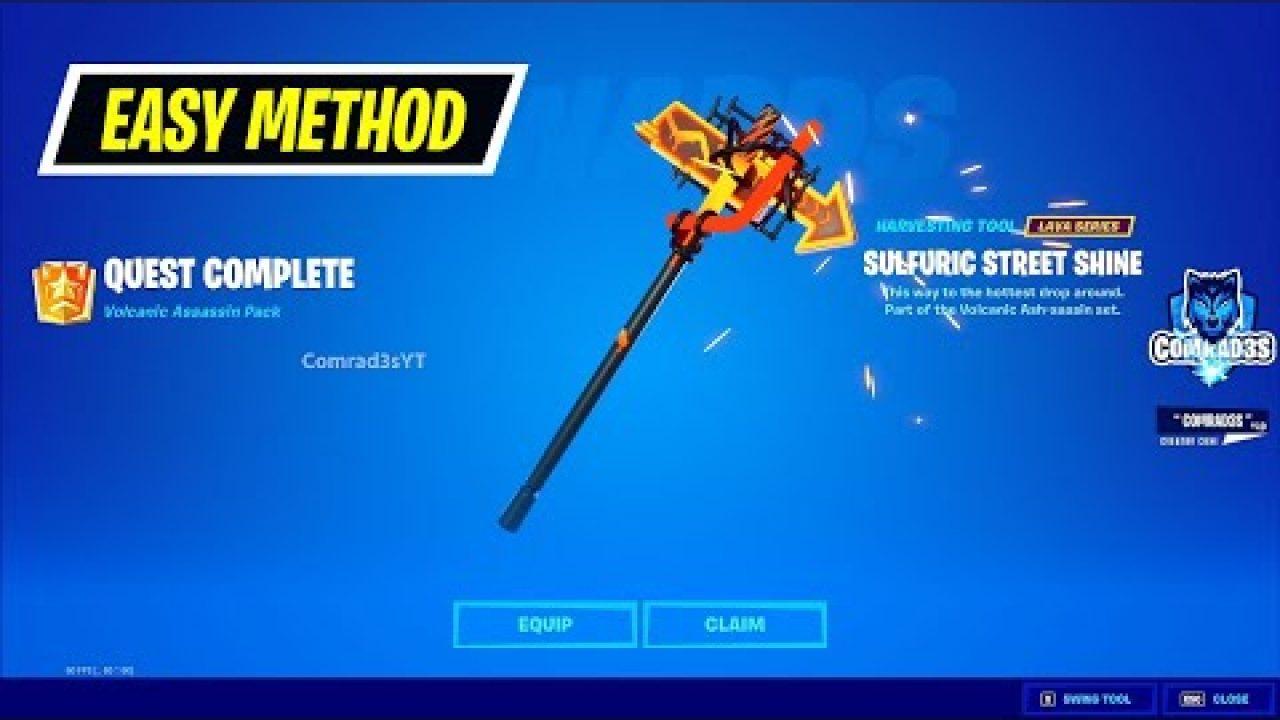 In particular, for the sulfuric street shine pickaxe, you need to deal 2100 damage to your opponents. Upon dealing that huge damage you can surely go on to unlock more of the Assassin pack’s cosmetics. The fiery Jam bling can be unlocked by lighting 100 structures on fire. Fiery Flow wrap is available upon surviving 50 storm phases. If you’ve completed all the three quests you’ll get the Tectonic komplex outfit.

There isn’t much to feel bad about the console gamers as Fortnite releases some platform-exclusive cosmetics even in the past when the Playstation plus subs were provided with an outfit and also back bling backpack having a blue and white color scheme.

Hope you are playing this game on your PC. So that you can be eligible to get the volcanic assassin pack and don’t forget to share this article with your fellow PC gamers so that they can also have their hands on this free pack as it can easily be obtained through the quests that are accompanied along with it. Also read our guide on Fortnite’s Sideways Rifle & Sideways Minigun | v.20.40 Update! 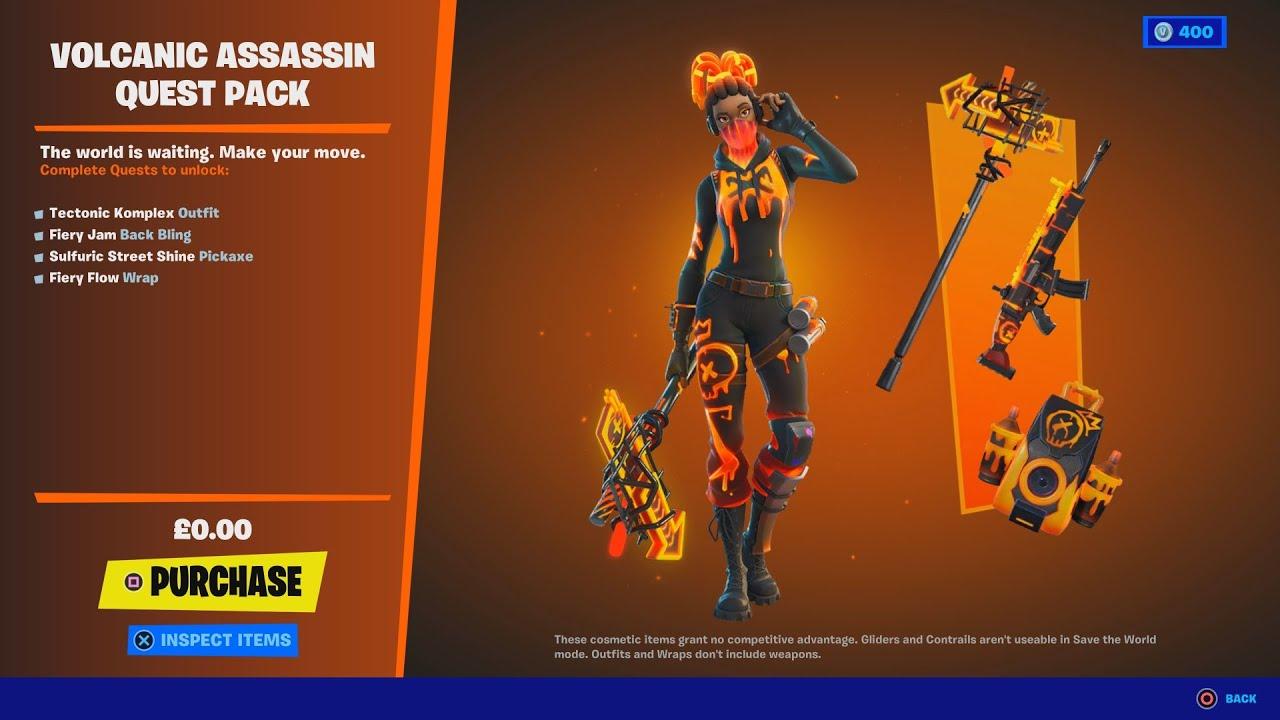