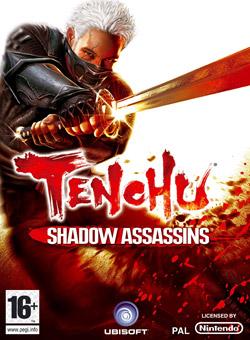 “Taking place in feudal Japan, Tenchu featured ninjas Rikimaru and Ayame from the Azuma Ninja Clan as they protect their master Lord Gohda against the demonic sorcerer Lord Mei-Oh.”

Though we have received Sekiro: Shadows Die Twice to fill up the void, and it is an amazing piece of art. Fans of the Tenchu series are still expecting more from the developers. سكريل

The latest updates in the gaming community have rekindled the dying spirit of Tenchu fans and have given them hopes for the revival of their series.

Speaking in an interview published on the latest magazine issue of Weekly Famitsu, Acquire president Takuma Endo stated that, he’d like to create a brand new Tenchu game developed for Sony’s next-generation console, the PlayStation 5. But for now, he said it is still hard to do.

The reason being that the game rights are available to FromSoftware rather than Acquire, as the studio behind the Souls games purchased the rights back in 2004. لعبة الفراعنة So to begin the development of Taichung, Acquire would therefore have to make a deal with FromSoftware. لعبة الروليت اون لاين مجانا

But the president of Acquire showing interest in making a brand new Tenchu game has our hopes high. Let’s hope for some good news in the future