You can now call in an Air Strike in Fortnite Chapter 3 S2 and we are not kidding. Crazy right? well, it is true and here’s how you can do it in the game.

Fortnite Chapter 3 S2 is adding a lot of new content to the game lately and calling an Air Strike surely takes one of the top spots. The game offers tons of quests and challenges for players to participate in and complete. Completing these rewards players with many in-game items, especially huge experience points (XP) bonus. This time around, the Week 8 quests for Fortnite Chapter 3 S2 are here and one of them requires players to call in an Air Strike on a tank in the game.

How to find the Air Strike in Fortnite Chapter 3 S2?

As players should be aware, the air strike charges are not included in the player’s loadout by default. It has to be found and equipped in the game while playing a match. The Air Strike charge is available in the game as the loot that you can collect from the general ground loot, by opening chests or from supply drops. They are not very commonly available as they fall under the legendary category. But you should be able to get it if you search and loot enough.

It looks like a smoke grenade, is black in colour and shows up as a 5-star, legendary item.

How to use the Air Strike in Fortnite Chapter 3 S2?

One of the week 8 quests requires players to call in an air strike Fortnite Chapter 3 S2 on a tank. After securing the air strike charge, players need to find the location of the tank. The target, that is the tank, can be found in the areas that are under the control of the Imagined Order [IO]. The recent conflict at the Command Cavern is a great example of such a place, where players will find tanks.

There are two tanks in this location, however, players need to call in the air strike on only one. Choose your target, now equip the Air Strike charge and aim it right at the location of the tank. After this, players need to press ‘Fire’ and the charge will be set.

The Air strike in Fortnite Chapter 3 S2 calls in 20 missile strikes at a time and it takes place within a total of 8 seconds time period. So, there’s no way the tank will survive. You can also call in the air strike on an empty, driverless tank. It will still complete the challenge. Completing this challenge will award players with a 20,000 XP bonus reward. 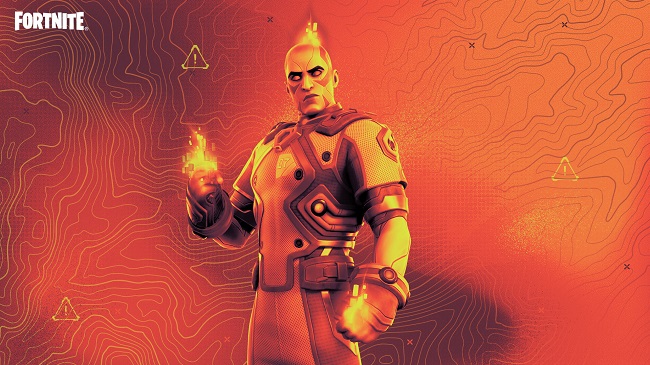 Be sure to follow us for more gaming Guides, Tutorials and How to’s.