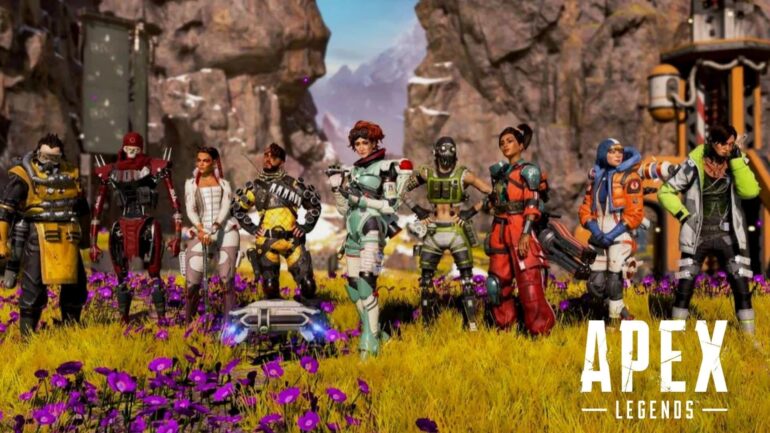 Apex Legends is Respawn Entertainment’s popular contribution to the battle royale genre. The Free-to-play FPS battle royale game has surpassed all bounds to be one of the greatest in the genre. The game is still very popular and widely played among gamers. The fast-paced action, smooth movements, different legends and their abilities, together make Apex Legends a true masterpiece.

The game has evolved a lot from what it was before. These changes are both great and sometimes, bad, in the playability sense. There are two rotating maps, Olympus and Kings Canyon, and 16 legends in the game with another one coming in the upcoming update. Apex Legends is scheduled to have a 3v3 competitive mode in the upcoming Season 9 update. There, weapons will be a key source to secure victories and they do not come cheap.

Players have to buy weapons with the crafting materials as it would work as an economy. Choosing the right weapon is thus a vital part of winning. This guide will list the top 3 light rounds weapons that every loadout needs in both battle royale and the upcoming competitive mode.

Types of Weapons in Apex Legends

The game offers a wide range of weapons, each having its own sets of statistics and use cases. Also, weapons distinguish among themselves by using a specific type of ammo. For example, some weapons use Light rounds, Heavy rounds, Shotgun shells, Energy ammo and Sniper ammo.

Top 3 Light Round Weapons for Loadout

Light rounds are one of the popular choices of ammunition and the compatible guns thus also gets the same recognition. This type of weapon and ammo ideal damage within a compact time frame. There are a total of 6 weapons that run on light ammo, G7 Scout, Alternator, R-99, P2020, R-301 and RE-45 auto. The P2020 and RE-45 auto fall under the pistol category hence their use case in intense and high tier battle are useless. The alternator carries a heavyweight in its favour at times but fails to be impactful against high tier armour and in long-range.

An automatic rifle that is both quick and delivers heavy damage to the enemies. My first choice of weapon in my Apex Legends loadout as it is lightweight, useful, easily available and is accurate. It shoots at 810 RPM and can hold up to 28 bullets per magazine. The high accuracy is persistent in automatic fire mode in both long and mid-range combat.

This is one of the better SMGs that the game has to offer. The R-99 SMG is quite easy to find and is versatile. It has a  rapid-fire rate that shoots at 1080 RPM with a reload time of  2.4 seconds (appx.). It can hold up to 27 rounds per magazine, making it a deadly weapon in close and mid-range combat. The damage is a bit less than its AR counterpart but the damage to fire rate ratio balances the weapon nicely.

An underrated weapon in all of Apex Legends weapons inventory. A very easy to find weapon that gets ditched as soon as the player finds something they are more comfortable with. The G7 Scout is a semi-auto marksman rifle that has a 60 Head, 34 Body and 26 Legs damage infliction. It shoots at Single fire mode and has a 240 RPM, which can be unhelpful during close combat but the weapon shines its wings in mid and long-range combat. It can hold up to 20 rounds per magazine, making it a preferable weapon over the Repeater for many.

This has been our choice of light round weapons that are must on our loadout. Be sure to follow us for more Apex Legends Guide, How to(s), Tips & Tricks, etc!