Ark 2: What we know so far and there isn’t anything we don’t like 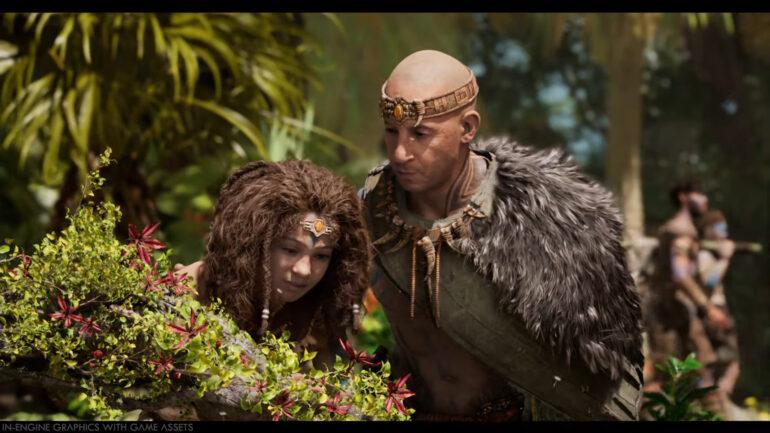 When Ark 2 dropped its trailer on Thursday, I was as shocked as the next-person after seeing Vin Diesel pop up smashing dinosaur heads. When ARK: Survival Evolved was launched, it was an Xbox exclusive, and the game is one of the titles that received an enhanced edition for Xbox Series X. ٣٦٥ سكور

And as we all know, Vin Diesel is a huge fan of the ARK series and has always expressed his wish of becoming a part of the series. go fish rules Well, Dominic Toretto got his wish. According to sources, Vin Diesel is not only featuring in the latest ARK title, but he is also helping produce the series as an executive producer.

Let’s talk about his in-game character first. From what we have seen in the trailer, yes, he is still bald, but that’s a fashion statement haters. The trailer brings us a world infected with man-eating dinosaurs that are intelligent (according to the game description). But the threats don’t just end there. Instead, some primal humans would do anything to target other living beings, not to mention alien species of fauna who eat living beings as if they are a Mcdonald’s treat.

Wildcard, the studio behind the game, has announced that Vin Diesel has joined the team as an executive producer of ARK 2. According to Vin, he has logged over a thousand hours of ARK: Survival Evolved. داني الفيس برشلونة That’s huge, man; he is like a geek who is also a celebrity, man talk about shock.

Wildcard CEO Doug Kennedy stated, “He understands the game intimately and provides direct feedback to the development process. With [Thursday] night’s reveal of the Ark sequel and animated TV series, Vin will be involved with each as we look to expand the Ark franchise even further, now and into the future.”

The studio is undoubtedly backing Vin with all they have, and the trailer certainly makes Vin Diesel look amazing. I honestly feel the trailer of ARK 2 is better than the Fate of the Furious movie. But speaking of the game, the studio is also set to release the animated series based on the game.

And it’s not just Vin Diesel that is a part of the roster. But we have voice acting from David Tennant, Gerard Butler, Elliot Page, Russell Crowe, and more. Now that cast has me curious. The game and the animated series are scheduled to launch in 2023, as for the exact date. Let’s wait for more updates from the studio; till then, stay tuned.