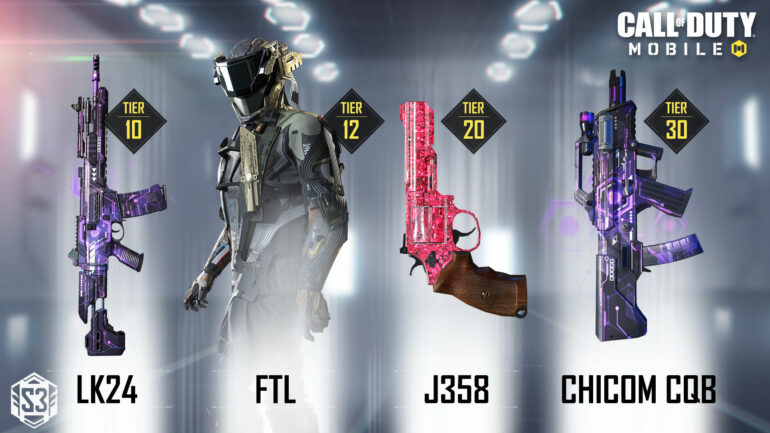 Call of Duty Mobile has just released its Season 3 battle pass and we are extremely excited for the release. كلوب ريف With the latest season 3 pass, the developers have decided to go with the Japanese-inspired theme and there are many goodies which that season 3 brings with it for the season 3 pass. لاين لاونج

But, remember that you have to purchase the new season pass and if you don’t then you won’t be getting any upgrade or enjoying any new goodies from the new season pass. In the new season, if you go for a free pass then you will get the PP19 Bizon, which has made a comeback and some fans of Modern Warfare 3 might reminiscence the good old times. That’s the only news we have on what the free pass gets, but there’s a lot more to get into with the premium version, so let’s dive into that.

There are four different designs on the pass:

Each skin takes inspiration from different sources, which means there’s plenty of variety. The Takeo comes in the shape inspired by the Oni, and like me, if you are a fan of Eastern History and Anime’s then, you will find something that suits your taste.

With season 3, the developers have released some seriously impressive-looking options in Season 3:

Every weapon looks incredible, however, to get your hands on the PP19 variant, you have to invest some money.

Each of these is exactly what you would expect it to be, and that’s a great thing.