Counter Strike: Global Offensive– What are 128 tick servers and how to get it! 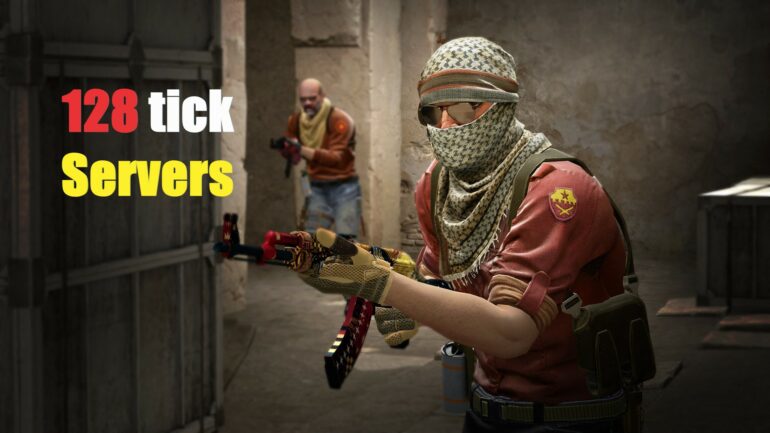 Counter Strike: Global Offensive or CS: GO, is a 5v5 Competitive FPS game developed by Valve Corporation. The game is among one of the most popular games ever and is being played by a huge player base to date. But we can’t deny that the popularity of the game has toned down a bit after the introduction and release of Riot Game’s version of a 5v5 Competitive FPS titled ‘Valorant’. One of the most basic and heavily debated opinion on why Valorant is being preferred more than Counter Strike: GO is its easily available and official 128 tick servers.

Both Counter Strike: GO and Valorant are Free-to-play game and requires no additional money to play the core game. And with all of these, Riot Games offers 128 tick rate servers for every game that is being played on, this is what Valve lacks.

What is a 128 tick Server in Counter Strike: GO?

A tick is the single update of the game’s simulation that is happening and the rate indicates the amount of these simulations that are being carried onto the server. So, the more the tick rate is, the more responsive the game feels. Valve’s official server tick rate is limited to 64 tick while competitive pro plays are held on 128 tick servers.

It is based on user experience and gameplay’s overall responsiveness and feels. The 64 tick official server is great but the 128 tick server are just better and more preferable. It is because it has double the tick rate which makes the whole game response faster and better. In matches on 128 tick servers, the infamous “peeker’s advantage” is lower and shots seem to land more often, eliminating the question of ‘How was that not a headshot bro?’. The consistent performance of 128 tick server s is thus preferred more by the players.

How can you enable or achieve 128 tick servers on Counter Strike: GO?

Valve hasn’t implemented this officially so the only way you can get access to 128 tick servers is through third-party matchmaking servers or by hosting it on your own.

This is rather a very popular way to play on 128 tick servers in Counter Strike: GO. Players usually make an account and link it to their steam’s account and participate in matchmaking via these popular matchmaking services. You may try some on your own like Faceit, ESEA, Sostronk, etc but many of these require a paid subscription to get access to.

Hosting it through the Launch command

If you want to try out 128 tick server on your own to practice and experience or to host a local game with friends, you can do so for free. First, make sure the game is closed, go to Steam’s library page, right-click on Counter Strike: GO and go to properties. There type ‘-tickrate 128’ in the “Set Launch Options” tab. Start the game and try offline bot matches, or Workshop matches and your game should be running on 128 tick servers. You can also invite your friends to play on this as it is being hosted on your computer. This will not affect the official matchmaking as they will be running on Valve’s 64 tick official servers.

Be sure to follow us for more Counter Strike: GO guides, How to(s), Tips and Tricks, etc!