Enlisted: How the Radio Operator Works 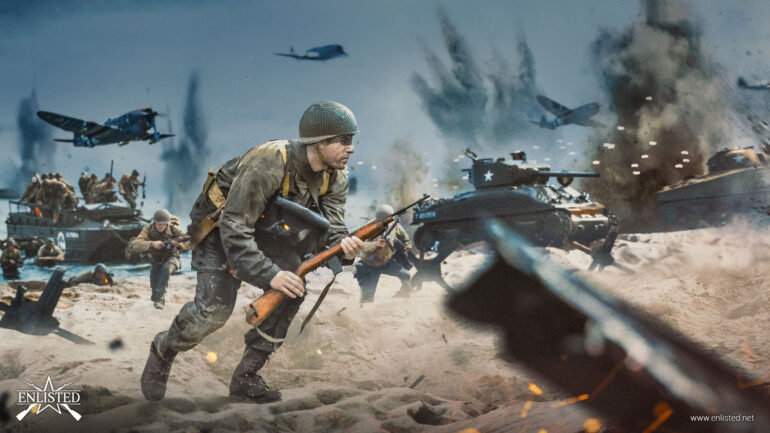 Enlisted is a squad-based massively multiplayer online game shooter game based around major World War II battles, developed by Darkflow Software and published by Gaijin Entertainment. It will be an Xbox Series X/S launch title and timed console exclusive. On March 2, 2023, the closed Beta went live on PlayStation 5. ماكينة قمار

Enlisted is becoming a massive hit in the online multiplayer game category and the fact that it is a shooting game makes it even more awesome. Gaijin Entertainment has given their all for this online multiplayer shooting title, and it sheds some new light on an age-old and relatively run-down genre; the World War 2 shooter.

Offering lots of new gameplay mechanics, the game at the start can be confusing, however, as you go through the first few levels, you unlock the radio operator class without much information on how it works, leaving many players confused.

So, in this guide, we are going to help you in understanding exactly how the Radio Operator class works, and what you can do with it. first things first:

What is the Radio Operator

The job is an unlockable trooper class in Enlisted, which you can get upon reaching level 6 in the Battle for Moscow campaign. Upon that level, you will unlock a squad with a radio operator and also the radio operator infantry class to add to other squads.

However, in the Invasion of Normandy campaign, the radio operator gets unlocked at level 7. The usefulness of a radio operator is extremely high in any war, as he is the ears and mouth of your squad, and will let you call in artillery support. الكسبرس With some upgrades, your artillery support can easily change the tide of a battle.

How the Radio Operator Works

The usage of the Radio Operator in a battle is simple. First, bring your squad that has a radio operator into battle. You don’t need to play as the actual radio operator, but one does have to be present in your squad.

Having the radio operator gives you access to the Artillery strike map. To bring this map up, you need to hit the number 7 on PC or the d-pad up arrow on a console. Alternatively, on PC, you can also hit the ALT key to bring up the pie menu and choose artillery strike.

An artillery attack has a cooldown of about 4 minutes, however, gamers can reduce this cooldown by upgrading your Radio Operator squad with “Frequent Artillery.” It drastically lower’s the cooldown on your artillery strike, making it one of the single most powerful squad upgrades in the game. معلومات عن سباق الخيل في السعودية

Enlisted is a pretty new game and thus there will be much new information to keep your eyes out for. Hence, keep an eye out for more guides, and also information on game updates as Enlisted will constantly be balanced and reworked as more players join the front!