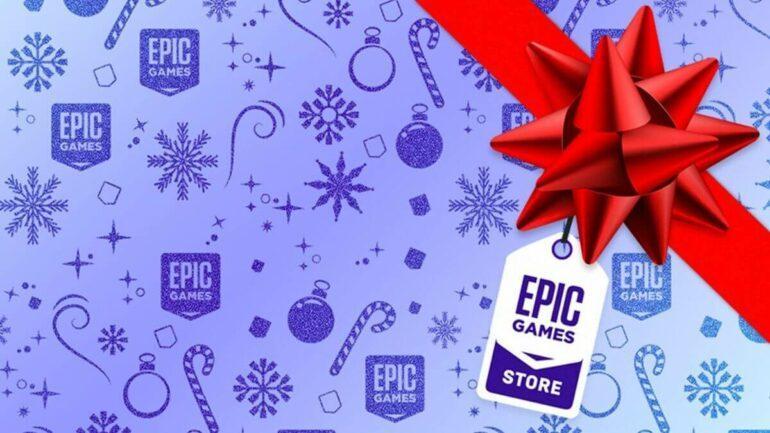 We can’t determine whether Santa Claus is real or not but if Santa Claus is considered to be an American based video game and software developer company that gives away free video games to gamers without dropping down from a chimney on Christmas night, then I can assure you that he exists. Epic Games was launched back in 2015 and is previously well known for its popular unreal engine and video game ‘Fortnite’ and offers an online store with a decently sized library and availability of games. Epic games has been well known for notoriously giving away games to the community for free.

They twitted on 10th Dec 2020, that they will be hosting ‘The Epic Holiday Sale’ from 17th Dec onwards and on which they will offer great deals and discounts, which are said to be, up to 70% off on certain games. But the most exciting part of the announcement was the 15 games that they will be giving out for free during this period. They already started with the first free game called ‘Cities: Skyline’, which is quite a popular game among the city-building genre lovers and offers an open-world city-building simulation where players can plan and build buildings, offices, houses, roads, manage public transportation, etc. Though there is an obvious hoax on the internet with the names of the 15 games are to be dropped in these 15 days by them, with Dying light being on day 17th, can now be considered fake as it wasn’t the game that was dropped on the first day of the sale.

And why this event is a big deal you may ask? Because if you may remember, earlier this year in May, Epic games took the gaming community by storm by giving away Grand Theft Auto: V, one of the most popular games ever, to anyone with an Epic games account for free and to keep forever. This is notable because GTA V though being a little old, still costs around 28 dollars USD for the base edition on normal days. Few people may consider this being a one-time event will be wrong. If checked on the books of history, we will find some of the games given away by Epic games before this, to be very notable. Some of the popular given away game includes titles like For Honor, Kingdom Come: Deliverance, Subnautica, Metro Redux 2020, Batman Arkham Trilogy ( Batman: Arkham Asylum, Batman: Arkham City and Batman: Arkham Knight), Amnesia: The dark decent and A machine for pigs, Just Cause 4, Killing Floor 2, Watch Dogs 1 and 2, World War Z, Assassin’s Creed Syndicate and a lot more. The list of all the games given away for free is ridiculously long but these are a few of the most famous ones that worth to be mentioned just to give you a clear idea of what we are dealing with. Epic games has been very rewarding to the community and that’s what made them so desirable to everyone. Free games aside, there would be, as aforementioned, a huge discount on games available on their store so all in all this is an event to keep an eye on for sure.

Even though few people were expecting something huge on the first day, we just want to say that there are still 14 days left so don’t lose hope, just wait till Santa thinks we have been good gamers this year.