The next upcoming expansion pack of Final Fantasy 14 is named ‘Endwalker’. It is bringing some great changes and additions to the game.

Endwalker is Finaly Fantasy 14’s fourth expansion pack and it was announced some time ago in their special Livestream held by developer Square Enix. From the Livestream, we got to know some pretty great information on the Endwalker expansion pack.

The exact story is not yet been disclosed or deciphered but it has been known that the story in Endwalker will continue its unfolding from the leftovers of Shadowbringers. Naoki Yoshida, Final Fantasy’s lead producer and director, have enclosed some vital information on the further progression of story-line.

He said that Endwalker meant an end for the long going Final Fantasy 14’s principle powers of good and evil saga: Hydaelyn and Zodiark. This 10-years saga will be closing with Endwalker. He has also mentioned that the story in this expansion pack will not directly continue into post-launch updates. The story of Endwalker will be completely finished off in the 6.0 update. This is unlikely than the previous three expansions. The next 6.1 update will bring a brand new adventure that would not be associated with the previous saga.

Another new instalment with the Endwalker expansion pack in Final Fantasy 14 is a new healer class called the ‘Sage’. The Sage’s weapon of choice would be the Nouliths that offers them the ability to cast magic spells and can create protective barriers around teammates for extra protection. 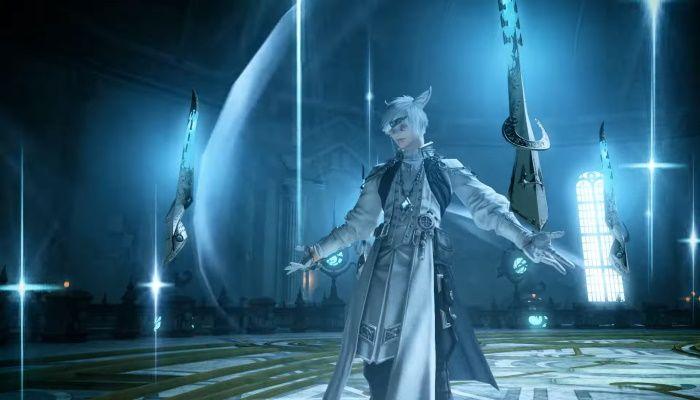 The Sage’s introduction to the game will bring change to the meta of the game, distinguishing between pure healers and barrier healers.

The third and current expansion pack, Shadowbringers, will be getting its final post-launch patch 5.5 and it will be coming to the game on April 13th 2021. This final post update patch is said to be bridging the gap between Shadowbringers and Endwalker. As after this, the 6.0 Endwalker update will be sealing the Hydaelyn and Zodiark storyline for the time and the later post update patches for the fourth expansion pack will feature new adventure and storyline. It sure will be refreshing and anticipated.

Another great news is that Final Fantasy 14’s PS5 beta will start from April 13th 2021.

#Endwalker will feature new threats to overcome, including Anima! pic.twitter.com/bWnnVHN6Lt

The exact date for the release of Endwalker expansion pack hasn’t been disclosed. As for now, it is announced to be releasing somwhere along the Fall 2021.

Final Fantasy 14 (or, XIV) is an online massively multiplayer RPG. The game was developed by Square Enix and runs on the Crystal Tools engine. The game was initially released back on September 30th 2010 and is still being constantly updated, maintained and played by many players. It belongs to the Final Fantasy video game franchise which has a huge fanbase all over the world.

Be sure to follow us for more gaming related articles, news, reviews and much more!