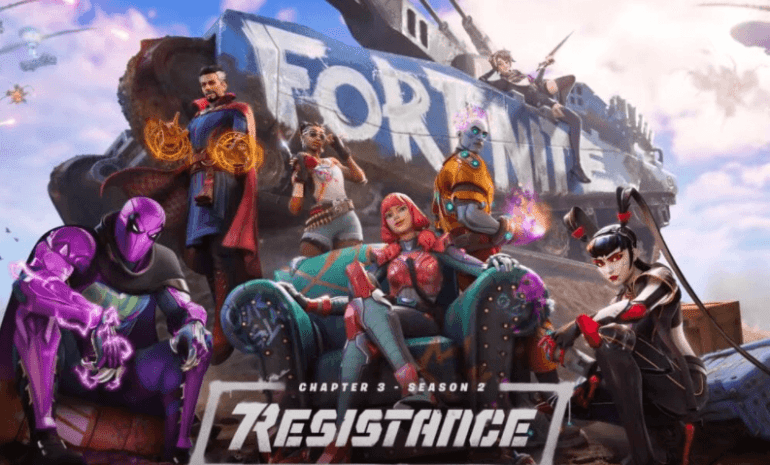 The next big thing in Fortnite Chapter 3 is here. After a great run, Fortnite Chapter 3 Season 1 has official ended. And now, season 2 is live to the world. However, payers were very shocked to see that building, one of the key elements of Fortnite, has been disabled from the default game mode. It will be very interesting to see how the season pans out and what new things are we going to see in the upcoming future.

The new season of Fortnite has been named Resistance and players got to meet with Dr Slone and the Imagined Order (IO), once again, scheming their evil deeds. Following this theme, a new questline has been introduced to the game, titled Resistance Rebuilding Quests. And here’s everything the player will need to know about the new quest in Fortnite Chapter 3 Season 2.

The Resistance Rebuilding Quests involves three tasks that players need to complete. They are;

Sounds easy right? And you will be absolutely right!

Players need to get their hands on some top-secret plans in the form of letters to complete this challenge. There will be a total of 3 envelops that players are required to find, and they will be sitting on the top of black boxes that are surrounded by IO forces and machinery in Fortnite.

Players should be able to find the first one at the Daily Bugle point of interest, the second one from the Coney Crossroads location near the respawn van and the final one at the Tilted Towers, behind an isolated building.

To compete in this challenge, players need to smash a few computers and machinery, seven to be exact. All of them can be found in the same location so it will be a few minute’s tasks at best. Players should look out for the location at the observatory area at the north of Logjam, Lumberyard.

Find a Cloaked IO Build Jammer and Destroy it

For the final task, players need to find an IO Build Jammer and destroy it. It is located within the crater near the Daily Bugle POI, with three walls covering it. Look for the jammer, and interact with it. Destroying this will complete the final task and the whole Resistance Rebuilding Quests in Fortnite Chapter 3 Season 2.