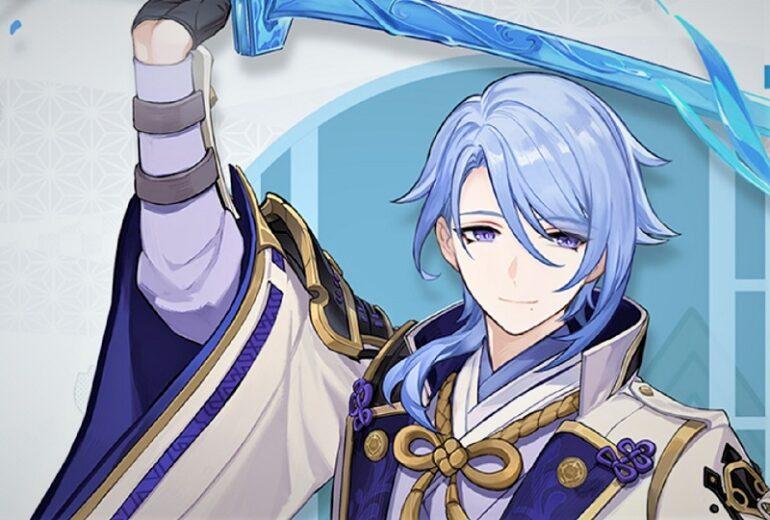 Apart from “the Chasm” region being added to Genshin Impact 2.6, we have to agree that Kamisato Ayato is the next big attraction. The new version update of the game that came out a few days ago, has surely stunned the players with all the new things it had to offer. We finally have Kamisato Ayato as a playable character in the game and players are eager to get their chances of securing him.

About Kamisato Ayato in Genshin Impact 2.6

The all-new playable character in Genshin Impact 2.6, is called Kamisato Ayato. He is the head of his family, the Kamisato Clan and the Yashiro Commissioner. He is the older brother of the previously added cryo-user, Ayaka. Ayato is also known to be friends with Thoma in the Genshin Impact lore.

Apart from being the head of his clan and working for the government, Ayato is also the leader of Shuumatsuban, a ninja organization, where Sayu belongs. Now that we have sorted Kamisato Ayato’s background, let’s talk about his banner and his abilities in the game. 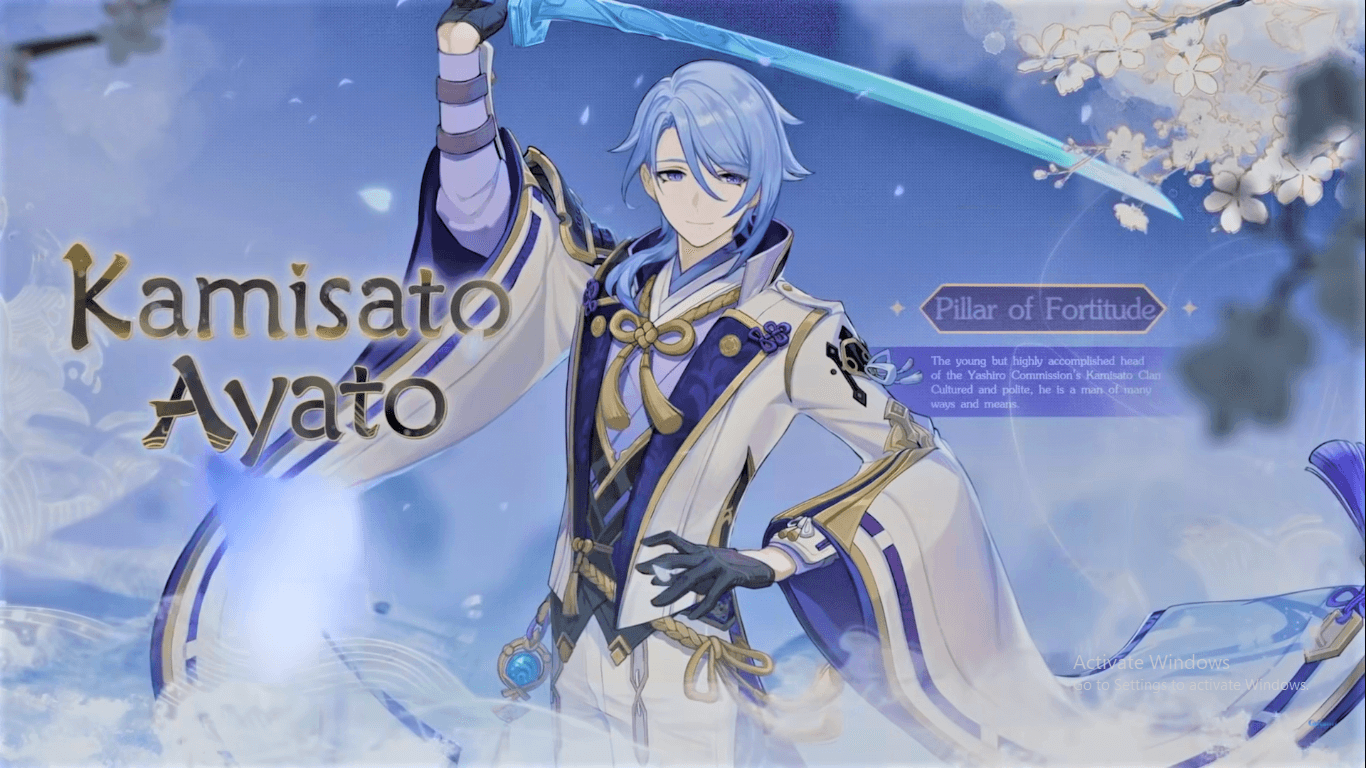 Just like for every other character, players will have to wish on banners to have a chance of acquiring Ayato. His banner is called “Azure Excursion”, which has been available in the game from 30th March 2023.

This 5-star, Hydro user has a lot of unique abilities that you can count on!

His normal attack is called Kamisato Art- Korobi. It deals with five fast-paced strikes on a Normal attack and performs a counter-attack while dashing in the Charged attack. In Plunging Attack, it hits the ground from mid-air and deals impact damage. 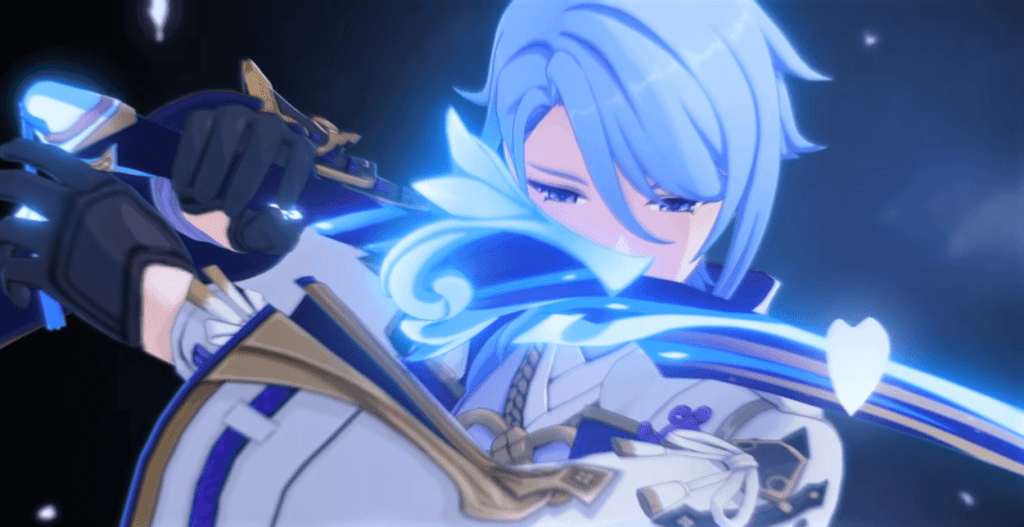 With this, Ayato summons a water clone that taunts the enemies, and explodes after some time, while dealing Hydro damage to nearby enemies. During this, Ayato enters the Soukai Kanka state, and all his normal attack damage inflicts Hydro damage than physical damage.

He also uses a water blade called Shunsuiken, which performs high paced attacks. With every hit, he receives a Wash Flash, that increases damage based on his max HP.

When activated, a blue circle on the ground appears that deals damage, to all enemies standing within, with Bloomwater Blade. These inflict heavy Hydro damage, while it also rains continuously within the circle area. Also, all party members get increased Attack Speed when standing within this circle, except for Ayato. 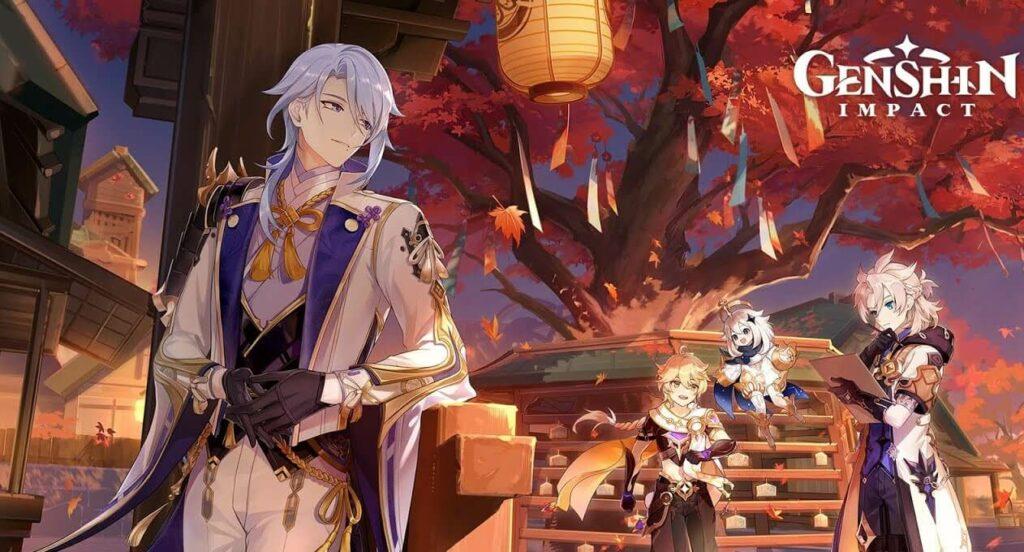 This has been an ability guide of Ayato in Genshin Impact 2.6. Be sure to follow us for more gaming Guides, How to’s and Tutorials.