Genshin Impact: Easy way to get ‘Jewelry Soup’ recipe and cook it! 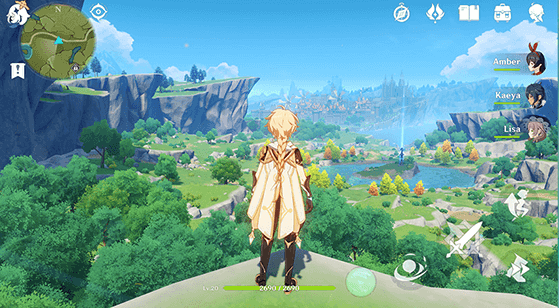 Genshin Impact is an open-world, role-playing, action-adventure game. The beautiful world of the game is filled with challenges that require a higher skill level and experience that can only be earned by spending time in the game, completing missions and challenges. Genshin Impact offers a lot of collectable items scattered around the map and one of such items are food items. These can be found all around the map and also can be bought at the vegetable store, as to say like in Mondstadt.

These can be further used for preparing meals obtained by cooking in Gensin Impact. This cooked food rewards the characters with various upgrades and is helpful in their adventure. Some items help the player to regenerate the character’s HP and the percentage of healing varies and depends on different sets of dishes. Similarly, certain dishes provide players with increased stamina, revive fallen characters and momentarily grants all party characters with Defence stats.

What is Jewelry Soup in Genshin Impact?

It is a recipe for a dish that you will come across while completing the ‘Custodian of the Clouds’ mission in a later part of the main story quest. Jewelry soup is a simple vegetable soup. The items that are used to compose this item consists of Snapdragon, lotus and tofu which are boiled in water and simmered. Its name comes from its looks and it generally increases all party member’s Defence stat by 88/107/126 for 300 seconds (depending upon the type of the soup). 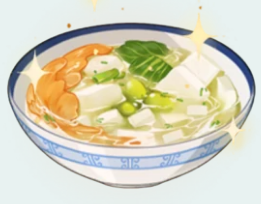 Where to get the Jewelry Soup recipe?

There are two ways by which you can obtain this recipe. The first way is by taking part in the ‘Custodian of the Clouds’ mission that will be in the latter part of the game’s main story quest. The other way is a bit easier as you can have it earlier just by visiting the Dragonspine Camp, there you will meet an NPC chef called Harris, who sells this soup. The Jewelry soup costs around 1,775 Mora and he usually has a stock of two.

How to prepare Jewelry Soup for yourself?

Once the recipe is unlocked after completing the ‘Custodian of the Clouds’ mission, you will be able to cook this soup on your own. First, you would need the required amount of snapdragon, tofu and lotus head in your inventory. Then just go near a cooking spot and press ‘F’. select the recipe for the dish and cook it. After successfully cooking it manually, you should be able to cook in automatically in the future to have some Defence stats loaded with you in your journey in Genshin Impact. 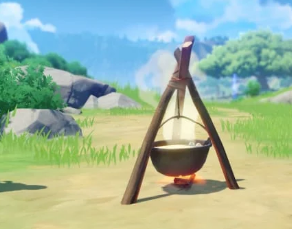 Be sure to follow us for more Genshin Impact Guides, Tips & Tricks, How to(s), etc.