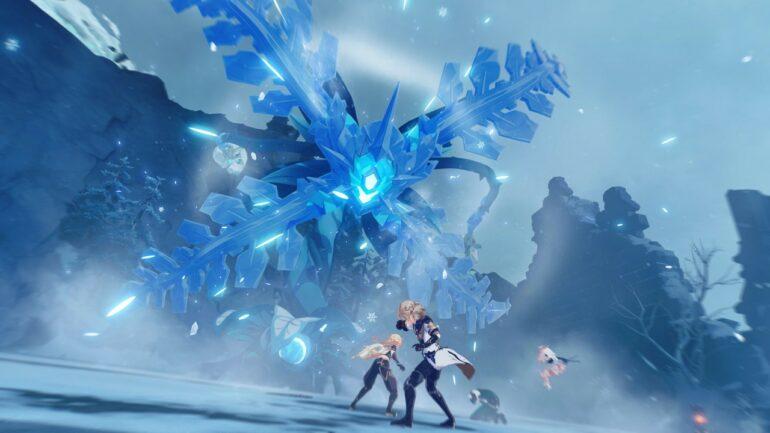 The new Genshin Impact Resurgent Cryo Regisvine will be a little tougher for players who are not familiar with the regular version’s attack patterns in Genshin Impact. And there are steps players have to go through before they can actually deal any damage to the boss.

If players are not careful, this boss can take them out in a single hit. Challenging the Cryo Regisvine alone is possible, but it is better to do it with a group. Here is what to do for players looking for advice on how to defeat the Resurgent Cryo Regisvine boss and how to avoid its attacks.

When the battle starts, the boss will have a shield that will prevent the player from attacking it. To first destroy the shield, gamers must destroy the three frost horns on the map with the Scarlet Quartz. These will be dropped by the Cryo slimes running around once they are killed. Once the shield is destroyed, aim for the weak spots at the base of the boss and on top.

It should also be noted that Genshin Impact Resurgent Cryo Regisvine will occasionally attack with a mighty blizzard that will be impossible to dodge. To not be affected by the attack, break the Seeds of Winter that spawn near the Ruin Braziers and remain within the protective barrier. If players can’t make it in time, throw up a shield, and reduce the damage taken. 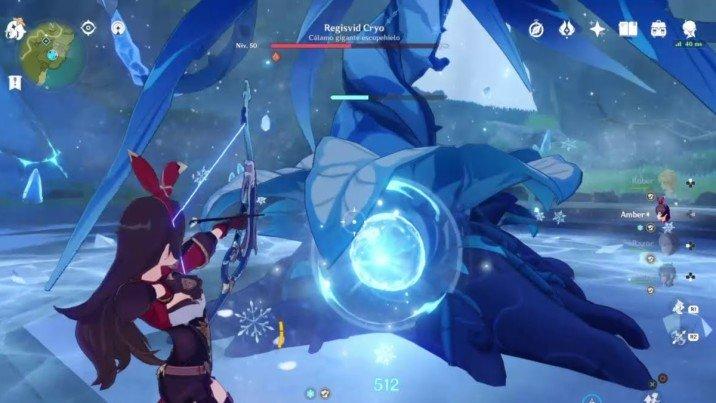 Ice Beam: The boss will summon two beams of ice that will follow the character. This attack can also be dodged by continuously moving and avoiding them. Only use stamina in case of an emergency.

Falling Icicles: Genshin Impact Resurgent Cryo Regisvine can make icicles appear from the top of the screen and hit the player if they are not careful. Keep moving in any direction to avoid the attack, and make sure to avoid the blue circle indicators on the floor. Also, make sure to not waste the Geninshin Impact character’s stamina by dashing.

Icicle Bursts: This is when the boss will throw its head forward and launch three quick icicle attacks at the Genshin Impact player quickly. This is where the dash will come in handy, and the player has to time it correctly between each burst.

Spin Attack: Resurgent Cryo Regisvine will attack the player by slamming his head in the ground and spinning in a circle, hitting anything in its way. This attack will normally be an animation that signifies the boss is getting ready for this, so make sure to look out for that and move away in time.

Use this guide to defeat Genshin Impact Resurgent Cryo Regisvine, until then happy gaming.