‘Cyberpunk 2077’ Third Person Mod is here and its crazy!

Thanks to the mod, we can now enjoy bugs in third person. 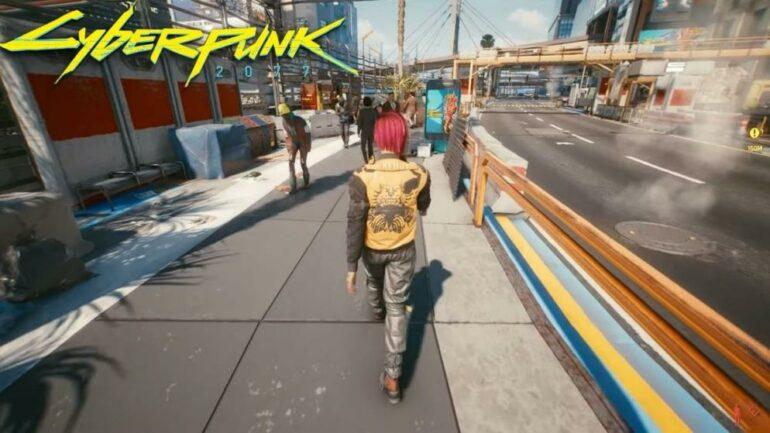 Cyberpunk 2077 is one of the most anticipated and awaited game to be ever made. Even after it’s somewhat ‘unsteady’ launch, poor old-gen console performance issues, bugs and glitches, there is a nice looking game hiding underneath.

Cyberpunk 2077 is an open-world RPG action-adventure game that is developed by CD Projekt Red and was finally released 0n 10th Dec 2020. The game took about eight years in making and it still managed to be a buggy mess often after its official release. One thing that was to be expected from the game was its keen First Person Perspective or FPP gameplay. CD Projekt Red never really had the intentions or consideration to make a Third Person Perspective or TPP aspect to be included in Cyberpunk 2077.

But when there is a game, there is a will and the will here for some was to play the game in the third person. As we all know, the game is set and themed into a futuristic world starring the infamous Night City. It will be unjustified if the top-notch graphical and visual aspect of the game remains upraised. It is beautifully made and you can experience it in high definition if you have high-end hardware (sorry PS4 and Xbox One owners). But with all the problems CD Projekt Red is having with the game along with the lawsuits, the TPP demand is probably going to be on their least concerned list for now.

But if there is a will, there is most certainly a way. And for now, this third-person dream can be somewhat fulfilled by a new third party mod that has been recently released. This new mod is called ‘JB- TPP MOD WIP THIRD PERSON’ and is created by Jelle Bakker on the NexusMods.

HOW TO ENABLE THE TPP MOD

1) Firstly, install the Cyber Engine Tweaks from Nexusmods.com (this engine installation will let you access the console and debug menu)

2) After the said installation is done, you need to download the TPP mod based on your character’s gender (this is very important)

3) Then extract the above file into your game’s directory i.e. (\Cyberpunk 2077\bin\x64) and you should be fine to go on your TPP adventure.

The mod lets you switch between the traditional First-person perspective to the more visually appealing third-person perspective. It is really nice as it widens the beauty to the game beyond FPP and you will be able to look at you character model’s attire, hairstyle and all the good TPP stuff. Mods are often imperfect and this one also has many imperfect traits cases. Playing with this mod enabled, you would need move at a slower pace as moving fast or wild camera panning causes screen tearing and players may come across few glitches.

But still, it is not all that bad keeping in mind how the official vanilla game plays normally. It still is a great mod and first of its kind for Cyberpunk 2077 which has a huge potential. An official TPP won’t be coming anytime soon and if we are rational about it so for the time being, this is everything we have. Looking at the bigger picture, we can hope there will be further improvements and positive tweaks to this mod to provide a better experience.

We still hope the game is going to be patched up for all the targeted hardware and provide the gaming experience it was supposed to. We all feel bad for the first issued PlayStation 4 and Xbox One owners that had so much expectation with Cyberpunk 2077. If you have followed the game recently after its release, you would know all those things going on with the game. And among them, are the lawsuits and internal lack of communication that is affecting the game directly. Even though CD Projekt Red have released various patches and updates, it is still a long way to recovery process to be covered.  So be sure to follow us for more gaming news and always stay notified!