Guide to Valheim: Easy Way to Craft Karve and Longboat! 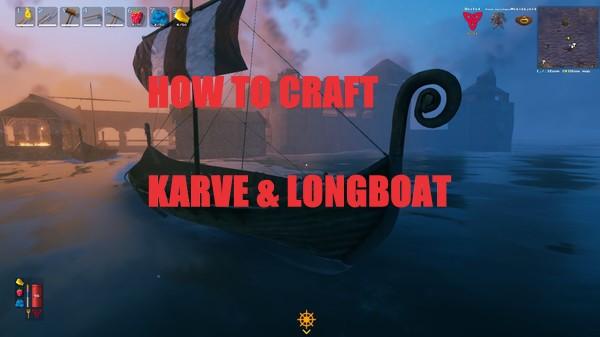 We have talked about Valheim quite a bit in the past month or so and the game deserves all the praise it is getting if not more. The Norse mythology-themed survival craft game, Valheim is one of the greatest of the genre. And for an early-access release, it sure steals the spotlight.

If you have played or heard about Valheim, you would know that this open-world survival game is composed of a beautiful and dangerous map, which is huge in size. There are a lot of things to do, a lot of things to learn, fight, lose and die often. But sometimes, a little guide is necessary to help through some basic challenges.

Crafting a small raft in the game is pretty easy and it might not be ‘afterlife-changing’ but is better than swimming. But what about making them good old big boy boats to sail with larger squad members? This guide will help you on how to unlock and build your own Karve and Longboat.

How to make a Karve in Valheim?

You would need to chop down Birch trees to obtain these Fine wood from them, hunt deers to gather hides, gather resin from sources like Greydwarves nests and forge bronze nails from bronze ingots that you will find in the map. Once you have all these components in hand, it means you have reached the level to craft a Karve.

Then go to a nearby waterbody with the components and set up a workbench nearby. Then use your crafting hammer to craft your Karve.

How to make a Longboat in Valheim?

For these, you have to progress further in the game. You would need to defeat the second boss in the game, Elder, that will reward you with the swamp key. From the swamp, you will get access to two of the main components required to craft the Longboat, Iron and Ancient trees.

You can gather deer hides and fine wood in the same way mentioned above. After getting access to the swamp, you will be getting access to Iron to mine and Ancient trees to chop to gather iron and ancient bark respectively.

This big boat will hold more members and components with some other features. After you have all these required components, just go near a waterbody, make a workbench nearby. Then use your mighty hammer to craft your own Longboat. 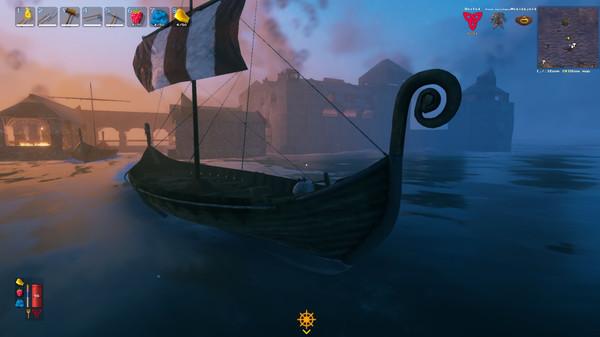 These are some advanced stuff in the game and shouldn’t be rushed to in the beginning. Take your time and learn the basics to unlock them and then prepare to sail! Valheim holds a huge world and lots of opportunities. There are still several kinds of stuff in the game that we don’t know about and are looking forward to discovering. We love this game and have huge expectations for it. I believe we will be here for a long ride.

We hope this was helpful to you in your quest of Valheim. Until the next one, Happy Gaming!

Need more guides, tips and tricks? Then let us know down in the comment section and be sure to follow us!