Guide to Valheim: The great concept of the Sundial! Valheim is one of the fastest-growing and worldwide grossing ever released. The game is just in early-access and has been out for less than two months but has still sold nearly 6 million copies on Steam. This tells a lot about how good the game is and you can find a lot of guides and help regarding this one on our page. Valheim is a high difficulty based game and the difficulty gets more according to the number of players on the server.

This Norse mythology based Viking Survival and adventure game is great and there are various things you can do, craft, find, fight, and you will love the content it offers to the players. There are already a lot of things in the game but there is a scope to add more things to improve the overall gameplay. If you have played Valheim, you would know that there’s no way to keep track of the exact time in the game.

About the Sundial in Valheim

I mean having a digital or even an analogue clock in a game that is set so far in the history where technology was a no go, surrounding war-hungry Vikings on Norse mythology, timekeeping like this was a secondary concern. But it would be great to keep track of time in the game, making it easier to survive and overall decreasing the game’s difficulty level.

A Reddit user has figured out a way to create a gadget, using basic elements from that time, which will be able to keep the track of time is just what we need. It is a Sundial, which only makes sense to fit the background and logic of the game and easy to use and learn, to keep notice of one of the basic and important aspects of the game, ie Time’.

We are always leaving the base just before dark… I built a sundial to confirm it! from valheim

The Reddit user name u/civalry80 has posted a post on the r/Valheim subreddit showing their new creation The sundial with some pictures. It looks sick and the materials required to build is not that hard to find and collect so it should be quite easier to make. This fan-made concept works as good as you would expect it. It keeps accurate track of time just like a normal sundial would with the help of shadows from sunlight and even moonlight shadows.

We will link the original post here so you can check this out yourselves and possibly build a new one for your base!

Needs for a Sundial in Valheim

Valheim’s world is very diverse and dangerous. Several hostiles are roaming around its vast world and different anomalies which are more active during night time so keeping account of it should help in your journey. It would also be quite helpful to make a schedule of your daily tasks based on time and your friends can RP through the game with its help more precisely. 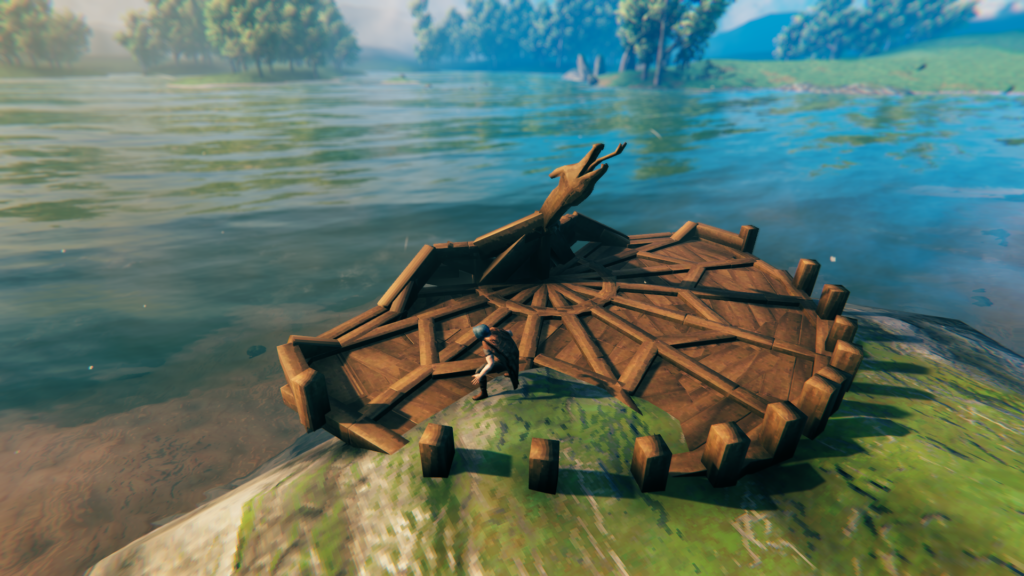 Be sure to follow us for more Valheim guides, news, tutorials, How to(s), etc!