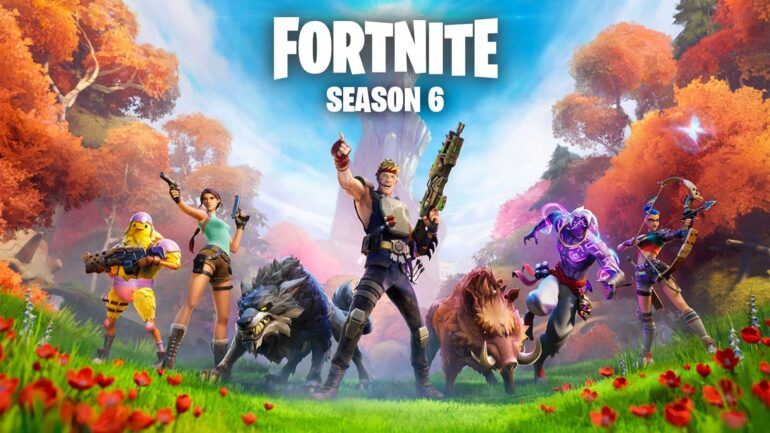 Fortnite is one of the greatest Battle Royale games ever made and its huge player base scattered around the sword justifies the statement. Fortnite has seen a lot of changes to itself than how it was originally in the early days of Chapter 1. The latest update to the game, i.e. Fortnite Chapter 2 Season 6: Primal, has added so many cool features and additions to the game which are also done wonderfully.

The Season 6 update is all about the ‘Primal’ theme with wild animals, prime focus on survival and hunting along with two weapon upgrade type, the Primal and the Mechanical. One of such cool new additions to the game is actually an NPC, more precisely, a Ghost NPC. We are sure you have already heard about her by now on social media or from your friends and if not, we will tell you about her right here.

What is this Ghost NPC in Fortnite Primal?

The brand new updated and changed map of Fortnite Season 6 is filled with so much great stuff and little easter eggs. This Ghost NPC is one of those and exploring the island will surely get you in front of it. If you haven’t then she is quite easy to find along with the Weeping Woods. This Ghost NPC’s name is Willow as you will read the text on her head and she can be very useful in providing you with some vital items. 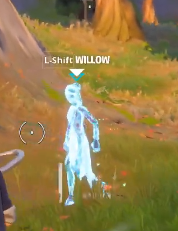 How to find Ghost NPC Willow?

As mentioned above, she can be found only in Weeping Woods during the night time. AS when daylight falls, she would gladly disappear into thin air. There’s no specific point where you will meet her as she roams on foot around the area. She is a nice and chilled out ghost and will not scare you as her dialogue usually reads ‘like, Boo, or whatever’ or something similar.

If you exchange some gold with her, she will offer you some stuff like activating a rift, reveal a future storm circle and may offer you a quest or two. As your game goes on, time circulates between night and day and remember, you can only find her during the night time and as soon as sunlight strikes, she diminishes. It is a cool little addition to the game, like the bigfoot one from the previous update. 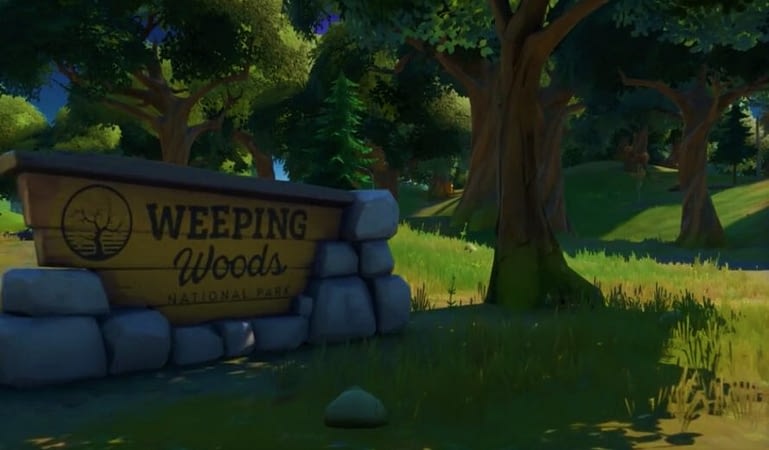 The Season 6 update is going great so far with everything new and the overall gameplay and experience are just amazing. Fortnite Primal is set to be getting an update patch pretty soon, which should add more such amazing secret easter eggs to the game.

Be sure to follow us for more Fortnite Guides, How to(s), tips and trick, etc!