There have been some rumours regarding the leaked information of the release date of Mass Effect: Legendary Edition 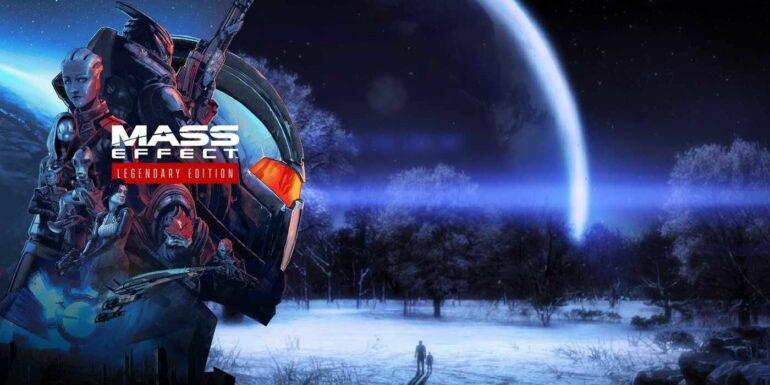 Mass Effect: Legendary Edition is the long-awaited remaster of the Mass Effect trilogy series that was confirmed recently. Electronic Arts or EA have confirmed the said title to be in existence back in the month of November last year. But that was all for then as no more further details were shared along with the unknown release date.

But now, after almost two months, we may have a possible insight into the release date. Two different game retailers have solidified this claim further. GSShop, based in Indonesia and Shopitree, based in Singapore, is now advertising the game with a March 12 release date.

However, these release dates are in no way, shape or form, have been confirmed by the publisher Electronic Arts. But it is believed that the release of the game is set to be somewhere along with spring of 2021 if everything goes as planned.

Thus it can be seen that many game retailers and online websites like Amazon and others have listed the game within the boundary of the said release date. Thus the possible release date for Mass Effect: Legendary Edition is found to be on 31st December 2021.

But the said two retailers, GSShop and Shoptiree does bring a lot of questions and possibilities in mind. The date is similar in both of the sites and the date itself is very specific to be, at least, somewhat reliable. As this goes with the said release time of the Spring of 2021, this can not be cancelled out this soon.

Mass Effect is a popular action RPG and science fiction franchise that was initially released on November 20th 2007. Their latest release was Mass Effect: Andromeda in March 2017 and the game was developed by BioWare and published by Electronic Arts. The game has since gained serious popularity and great feedback.

Mass Effect: Legendary Edition is the upcoming title which is basically a remaster of the first three games in the Mass Effect franchise. It is currently being developed by BioWare and published by Electronic Arts. The title was initially announced on November 7, 2020, as mentioned earlier and has a scheduled release date of somewhere along in early 2021.

The release date might possibly be in March and we have to wait until it gets officially confirmed. But till then, all we can do is wait patiently and save some money to buy the game. Be sure to follow us for more gaming related articles and news.