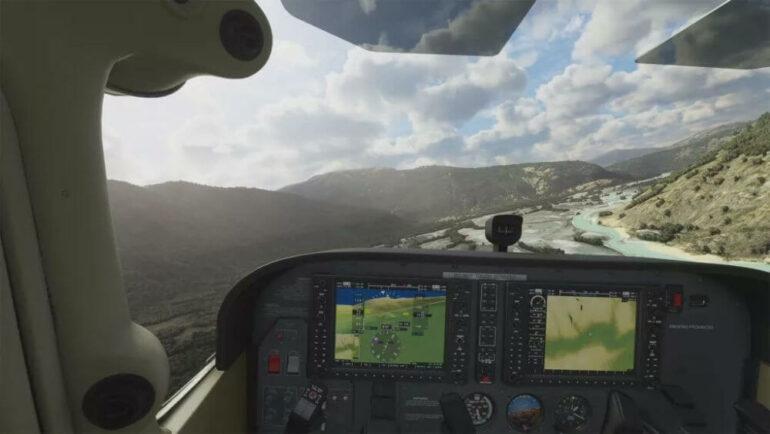 The gaming world of simulations took a massive turn when Microsoft’s Flight Simulator (2020) was released earlier this year. The game is developed by Asobo Studio, published by Xbox Game Studios and released for Microsoft Windows. It is the latest one in the longest-running series in PC gaming history and by far is regarded as the best one.

Recently, it has received an update that had been anticipated for a long time. The VR feature of the game was teased back in summer when the game was still in final stages of beta. The VR update was said to be officially rolled out on 23 Dec and it sure did. Now players can experience the authenticity of flying an airplane with surrounding reality with the help of their VR headset for PC. Microsoft Flight Simulator 2020 is itself very famous for its realism, accuracy, and attention to detail. Experiencing such simulation in virtual reality is honestly a mind-boggling experience.

Jorg Neumann, the Head of Microsoft Flight Simulator, wrote that this whole operation was made keeping the players in mind. The flight simulator community has actively helped in shaping the way of approach for the VR to the developers. He also mentioned that their feedbacks will be very critical in the future to improve and add new features to the game. The whole idea of adding VR support to the game was influenced by the community’s feedback in the first place.

The developers tried to give the people what they want and to make it more accessible, they have made the update free. Also, they implemented the matter of compatibility of the free update across multiple VR supported devices, including most Windows Mixed Reality headsets like HP Reverb G2, Oculus, Valve Index, HTC Vibe. So all you need to experience it is an OpenXR compatible VR headset and obviously the latest updated version of the game. After launching the game just press a little shortcut to switch to VR mode (default binding is Ctrl+Tab).

The VR aspect of the game has a few bugs here and there (like resolution scaling) but it will be resolved soon in the future patches. Another minor setback is that the VR controllers are not supported in the game so the Xbox controller, mouse, and keyboard are still your plane’s fancy control buttons.

The game has been out for a long enough time to be concluded as the most realistic flight simulator out there. The bounds Asobo studio and Microsoft went through to have recreated our Earth into a digitally accessible area from scratch is astonishing. The simulator is as close to being real as reality with airports, buildings, and places in real life. We look forward to the evolving masterpiece of the simulators that is MSFS 2020. The update also brings overall changes to the world with a winter theme to make the simulation look a bit more realistic. We will keep you updated on any new changes and update regarding the game. Happy gaming, everyone!