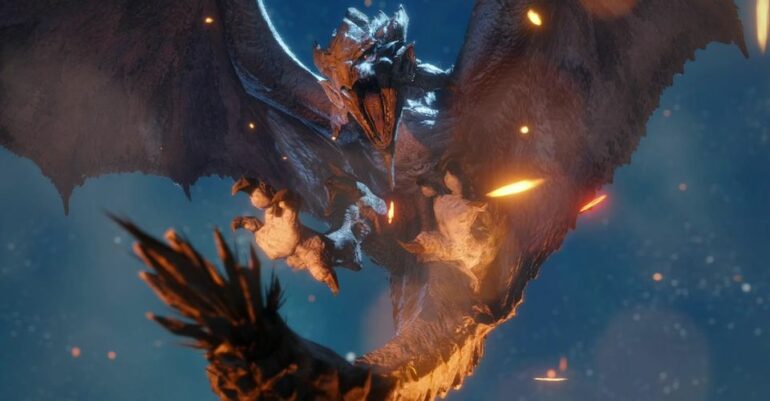 Monster Hunter is the long-running monster-hunting action-packed gaming series, and it contains almost a crazy amount of monster types. The newer edition to the franchise is the Monster Hunter Rise, which contains 14 different weapons to defeat many new types of monsters.

After hunting monsters users can use their body parts to craft better armor and weapons to hunt even bigger and more dangerous monsters. And in the game, one of the most iconic monsters is the king of the Skies, the fiery-red flying wyvern Rathalos.

Remember the fiery dragon boss fight at the end of the latest live-adaption Monster Hunter movie. The guy was sure scary and it took everything in the power of our protagonist to fight and defeat it.

Coming to the game, Rathalos has another companion Rathian, who is known as the Queen of the Land. The Rathian has a greenish hue to her scaly hide, and the queen is even meaner than the Rathalos. She can catch players unaware of her moves and can cause them to faint and get sent back to camp. However, if you fail too many times against her, then you will fail the quest. 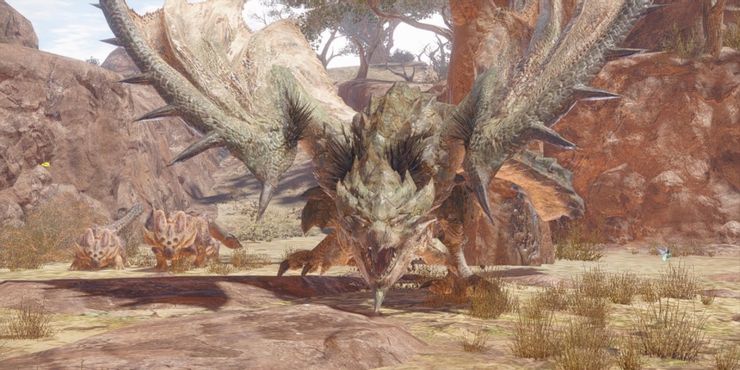 The Queen of the Land, Rathian can be found in the Flooded Forest, Lava Caverns, Sandy Plains, and Shrine Ruins, and she is the target of several quests. The important items to carry against a fight with the Rathian are Flash Bombs, Antidotes, and Potions, and Mega Potions.

Rathian has a few powerful and dangerous moves and it’s better to avoid those attacks. But sometimes it isn’t easy to dodge all her attacks, during such times it’s better to have some powerful potions ready at hands.

The Queen doesn’t spend as much time in the air as the Rathalos, but she can and will fly, which makes hitting her with melee weapons difficult. لعبة حظك اليوم During such times, throw a Flash Bomb, and it will knock her to the ground and stun her. Then a window of a few seconds will open for hunters to do as much damage as possible.

One of the Rathian’s more dangerous attacks is that she flies up in the air and does a backflip, whipping her tail at the player. If the attack connects, it causes poison damage. During that time, make use of the Antidote and use it as quickly as possible after getting poisoned to avoid health loss.

Rathian sometimes spit fiery balls of death at the player, and they cause players to start burning. Players can extinguish the fire by rolling a few times, or more quickly by rolling into the water. شعار البايرن But it’s easy to dodge the attack. Players can see sparks in her mouth, after which she shoots one fireball to the center, one to the right, then one to the left of her facing. Just dodge out of the way, and they will all miss. حكم لعب القمار

Rathian’s major weakness lies with the Dragon element weapons as well as thunder. You can also cut off her tail with bladed weapons, making her tail attacks less effective. In a battle against the Queen of Land, it’s worth playing defensively for a few minutes to observe attacks and get a feel for how she moves, rather than charging in. Happy hunting!