Outriders is one of the games that have been popping up on everyone’s radar right now. The game’s popularity raised high with its demo release and has been growing since. By now, we hope you have at least played Outriders Demo or the full release game and have completed the Prologue. Once the Prologue is completed, you will advance further into the game’s progression and have a choice to select between your preference out of four different Classes.

Outriders is a third-person, Role-playing, action, adventure, looter-shooter game by People Can Fly and Square Enix. The game focuses on a new life in an alternate universe, where the Earth has been destroyed and players have to fight through ravaging enemies on an alien planet. The gameplay not only indulges in various weapons and gear but also skills and abilities.

There are a total of four different classes in the game and on finishing the prologue, players can select their path. The four classes in the game are Pyromancer, Technomancer, Trickster and Devastator. Each of these classes acquires different sets of unique and class-based abilities. There are a lot more of such abilities and skills that players can unlock through their game’s progression.

We will be talking about the best Technomancer build you can have for the enemy teams and get you through difficult scenarios. The build here means the best selection of skills or abilities you can use in combat for the most combined effectiveness. Technomancer is one of the four classes of operators in Outriders, and it masters its skills in long-range combat and assistance to fellow squadrons. Technomancer also possesses the unique healing ability out of the other three classes, as it can recover a portion of the damage you deal as HP.

Technomancer has a total of eight effective and useful skills. They are mentioned below: 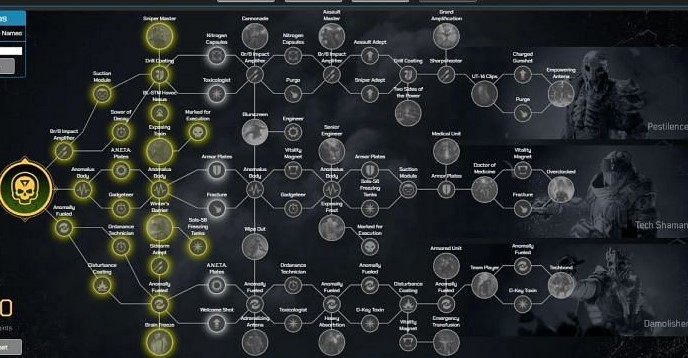 All of the above-mentioned skills and abilities get unlocked after further progression in the game. You may use any combination of these skills that you may find available at your level in the game or seem the most effective for you. But if you have unlocked all of them, then this is the most effective and useful combination of skills for the Technomancer class according to our choice.

Be sure to follow us for more Outriders Guides, Tips & Tricks, How to(s), etc!