Defeats the monarchs and search for the astray desires 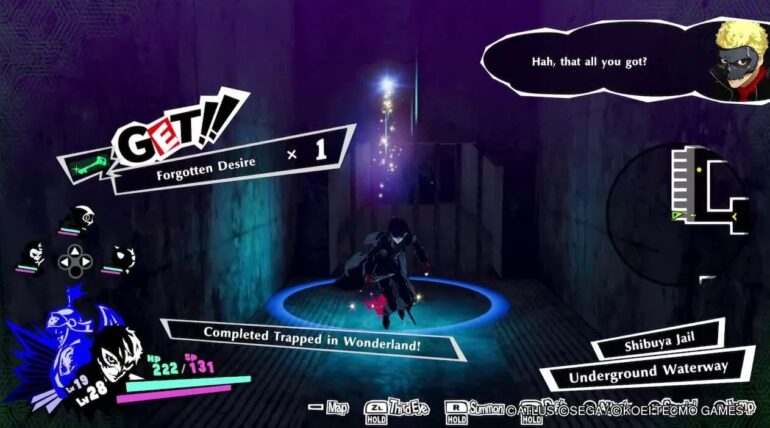 In Persona 5, we have entities called Monarch’s who are known to steal desires from the public. بطولة اليورو 2024 So every time you the Phantom Thieves defeat a Monarch, the desires are released and the people are enthralled return to their senses. كوتشينة

But, things always don’t go smoothly, as there are always some couple of stragglers that get lost in the mix, which makes some public go hay-wire. For that reason, we have Morgana, who lets us know that a desire has been misplaced in the form of a Request, alongside a clue as to where it may be located.

So, here is how you can find the floating box containing a Forgotten Desire in each Jail. نتائج مباريات اليورو 2023 But you can only do so after accepting Mona’s request.

Where to Find the Forgotten Desires in Persona 5 Strikers

Go to the Underground Waterway checkpoint, from there head to the very back of the area where you first met Sophia to find the box.

Sendai Jail – Trapped in a Nightmare

At the Hirose St. checkpoint, jump up to the roof of the building in front of you. There you have to get a little creative and traverse the roofs using the invisible platforms until you reach the northwest side of the map. Near a lower roof, you will find a floating box.

At the Arboretum checkpoint turn around and pass through the chapel, and go around the bend. At the end of the path, you will find a box.

At the Laboratory North checkpoint and dash up to the moving crane to get on top of the shipping crates to find the box you need.

At the Fox Couple checkpoint, head westward past Daughter Fox shrine and take the western portal. Walk until you reach Beckoning Cat Square, where you’ll find the box.

At the Shipping Railway Area checkpoint, find a lowered shipping crate between the central area and the area to its immediate left.

Jail of The Abyss – Trapped in The Abyss

From the Depths of the Abyss Lower Stratum checkpoint, climb up to the level in front of you and look for the box floating by the far wall.

Tree of Knowledge – Trapped in the Great Tree

From the entrance of the Jail to the Path of Surrender, you will find a ledge located at the bottom left of the map, where you’ll find the box next to a locked chest.