Pokemon Go: How to catch Landorus

This week the legendary raid will feature Incarnate Landorus 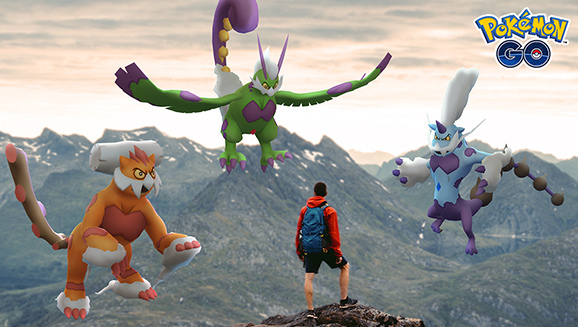 If you have been playing Pokemon Go then I am sure you might have quite a few questions about some of the new Pokemon’s introduced in the game series. Currently, the game is amid its Season of Legends, wherein some legendaries that weren’t already in the game have finally made their appearances. The most important and spectacular highlights this season has brought are the Forces of Nature trio, Landorus, Thundurus, and Tornadus.

For you to catch them, one has to participate in a legendary raid. And every week a different member of the trio will be available in legendary raids, first in their Incarnate form, followed by their Therion forms. So this week we have the appearance of the Incarnate Landorus in the legendary raids.

So, today let’s talk about Landorus, who looks like a cross between an octopus tentacle and a Snickers bar. مميزات بنك سكريل And here’s how to catch that maggot.

How to Catch Landorus in Pokémon GO

To catch the big guy, you’ll need to hunt down one of his legendary raids and defeat him. After the defeat, he’ll immediately spawn in the wild and you can chuck some balls at him.

So, time for some info. The current attraction of the week, the Incarnate Landorus is a Ground/Flying type, which gives him a slightly tricky set of resistances. He resists Electric, Fighting, Bug, Poison, and Ground-type Pokemon. But he is vulnerable to Ice and Water types. All hail Jynx.

Landorus makes a set of moves including the gamut of Rock, Ground, Fighting, and even Dragon, so you’re gonna have to try hard to outlast him. Go for Ice types like Jynx (my favorite), Mammoswine, or Galarian Darmanitan. They can attack Landorus’s weakness without putting themselves in too much danger. سباق خيل

Note: for those out there who have monsters like Mewtwo or Mew on deck, use them. عمر روني They can nail Landorus pretty hard. particularly with their Ice Beam and Psychic defense gives them a hell of an advantage over Landorus.

So make sure you have an advantage in defense and type, then Landorus will go down without too much trouble, and he’ll be yours for the catching.