Pokemon Go: How to Catch Tornadus 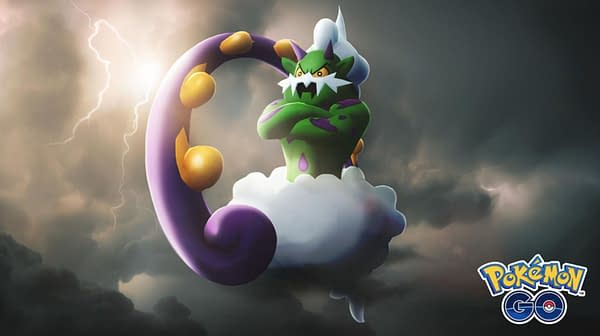 Last year we fought Tornadus, one of the legendary Forces of Nature Trio, and the big guy is making a comeback to Pokémon GO this March with the Season of Legends event. However, he is not the same as last year, because this time he also includes mega evolution.

For this Season of Legends, the Forces of Nature trio of legendaries is the main focus of the new season. So, as this week we have Londarus as the main attraction, in the coming weeks, we will get an opportunity to hunt down Tornadus.

As of now, we don’t know, precisely when he will be made available, but we are hoping it will be soon. The Forces will be available in legendary raids, first in their Incarnate formes, then in their Therion formes.

How to Catch Tornadus in Pokémon GO

Tornado, as the name, suggests controls the force of the wind. It is a pure Flying-type. So, it is not wrong to say that alongside Rookidee and Corvisquire, he’s one of the only pure Flying-types in the entire national PokéDex. العاب على النت مباشر

As a pure Flying-type, Tornadus is resistant to Fighting, Grass, Bug, and Ground-type attacks. But is extremely weak against Ice, Rock, and Electric. سواريز ليفربول So, similarly, as the case with Landorus, who is weak against Ice-type attacks, go for a good buddy which can deal some heavy Ice damage to the guy. Go for either Jynx or a large-bodied Ice-type like Galarian Darmanitan, who packs a great punch.

Make sure your roster has some heavy rock and electric damage dealers. For Rock types, Rhyperior and Rampardos can double-up on Rock-type moves and can resist most of Tornadus’ moves with their solid bodies. العاب الاحصنه

For electric type, the best and undisputable option here is Electivire, sorry Pikachu. Successfully defeat Tornadus is a legendary raid, and he’ll appear in the wild for your catching pleasure.

Note: if you have any of the big names like Zekrom, Zapdos, or Deoxys, don’t hesitate to use them from the get-go. Even Mew-two and Mew are good options with their ice-beam, but Deoxys, in particular, can double-up on Electric moves.