Pokemon Go: How to defeat Aerodactyl

He is weak but can hit hard 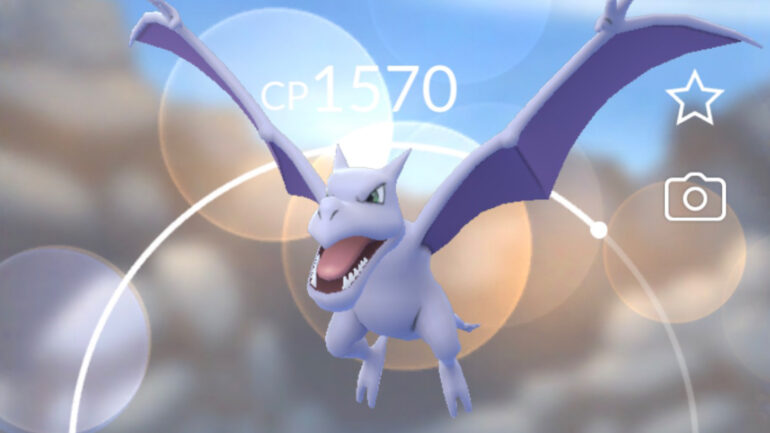 In the original Pokemon Series when Aerodactyl was introduced as a mysterious fossil type pokemon, the first thing that came up in my mind was that the guy must be powerful. لعبه قمار

But as time went by, I discovered that he is indeed one of the most normal pokemon’s available in the world. However, that doesn’t mean that he is weak by any means. He is one of the most terrifying Pokemons out there in the wild. استراتيجية الروليت

If it wasn’t for that big honkin’ jawline of its, it’d pretty much just be a plain old pterodactyl. So, it never hurts to plan. And here are Aerodactyl’s counters and weaknesses in Pokémon GO.

Aerodactyl is a Rock/Flying-type, which means its resistances break down like this:

The pokemon certainly has a very wide range of weaknesses so you can choose any of the pokemon that have strong attributes to which Aerodectyl is weak against and beat the hell out of the guy. And it doesn’t have any particularly interesting counter moves against those weaknesses.

Here are the moves in Aerodactyl’s kit:

Aerodactyl is one of those pokemon that is not quite strong but can certainly hit hard. So go with a Pokémon that can take some decent punishment while exploiting its weaknesses. Mamoswine is an excellent choice, able to take whatever Aerodactyl peppers it with while fighting back with Ice moves like Powder Snow and Avalanche. صعود باريس سان جيرمان

Another good choice is the Clawitzer, which has a good balance of attack and defense and Water-type moves like Water Gun and also Crabhammer that can take advantage of Aerodactyl’s Rock typing.

However, if you have one of those Legendaries with you, then a Therian Thundurus is a decent pick, but finish the fight quickly before Aerodactyl throws out too many Rock-type moves.