‘Prince of Persia: The Sands of Times’ Remake has been delayed 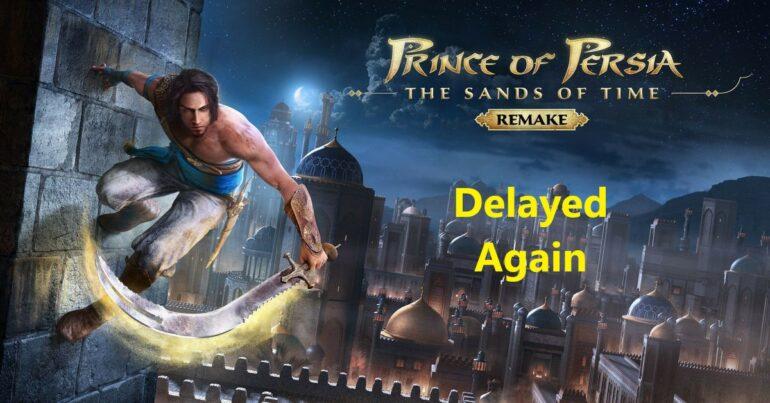 Things are not looking great for the old school Prince of Persia fans as The Sands of Times Remake has been delayed for the second time.

As we all know, Ubisoft has been working on a remake of the classic The Sands of Times from one of the greatest video game series, Prince of Persia. The game was officially announced in September of 2020 and it is in the making for quite some time now. The remake soon had a release date of 20th January 2021.

But few weeks earlier, the news of its release date being pushed further back to March 18th 2021 caught the fans by surprise. This became the new release date for the game and even though late, fans were happy that the developers were taking adequate time in polishing the game.

But the recent news from Ubisoft made the situation quite unpredictable as the new delayed release date of March 18th has now been shifted toward a later date down the line. The second new release date for the game is not yet disclosed as it seems that they are not even certain on this matter.

What’s the reason behind these delays?

Ubisoft has talked about this very same issue that is currently dwelling on the fan’s minds.

Another update from Prince of Persia: Sands of Time Remake dev team: pic.twitter.com/O6OOmYXhOD

To summarize it, they have mutually taken the decision to shift release date further back as to invest time and efforts to the game properly. This extra time in development will allow them to make the game fresh while keeping the original game’s essence.

The prime reason behind the delays in the Prince of Persia remake and many other game’s is the global pandemic that had caused the whole year of 2020’s progress to negligible in most cases.

Even though it is 2021 and things are trying to get back to normal, the void that has been created will take some time to be filled properly. Thus such delays and time are justified and fans on Twitter are agreeing on this.

About Prince of Persia: The Sands of Time Remake

The remake is obviously based on the original classic from 2003, Prince of Persia: The Sands of Time. It is an action-adventure game belonging to the popular video game series Prince of Persia. It is one of the few games of that time that had changed the whole concept of videogames of the era with physics and graphics and essence of a true masterpiece.

Ubisoft has mentioned that the remake is being made by using another one of their video game, Assassin’s Creed, series’ Anvil engine. And one of the interesting things about the game is that it will be featuring legendary voice actor Yuri Lowenthal as the Prince.

If you are one of the old fans of the Prince of Persia series, this remake will undoubtedly be something you’d want to play. The remake, as of now, doesn’t have any official release date but should probably be out by late 2021. Upon release, the game will be available on Xbox One, PS4 and PC. For the next-gen consoles, Xbox Series X/S and PS5, there isn’t any news of an official version.

One of the most anticipated remake releases for this year is yet some time away from being officially released. Since then, we have some time to go back and play the original 2003 classic to secure the base for the remake. We personally love the Prince of Persia series and are huge fans of it. This series surely had made ours and much other gaming enthusiast’s childhood a lot of fun.

Be sure to follow us for more gaming related articles, news, reviews, and much more.