Riot Games is working on a new League of Legends MMO 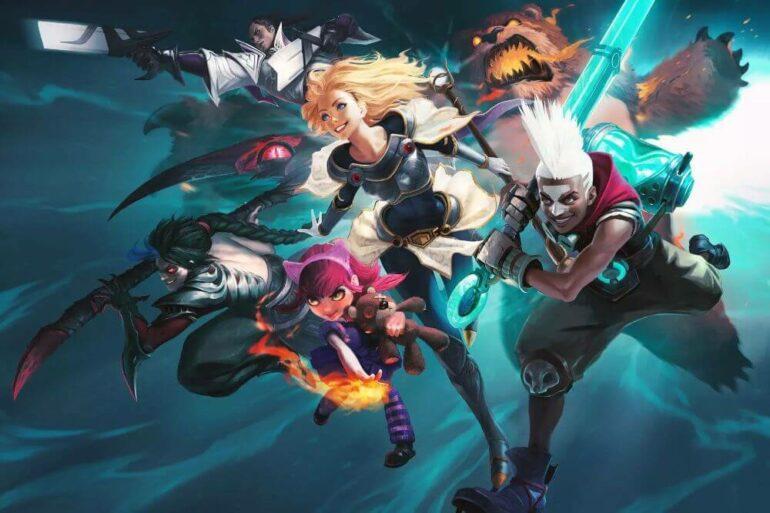 League of Legends is one of the famous and most played games in the world currently. It was released back in 2009 and is a free to play, online multiplayer battle arena video game. It is developed by Riot Games and is available for Windows and Mac OS. Riot Games have received huge success on this game and has a great competitive e-sports scene.

The year 2020 has been very productive for Riot Games with the release of their new 5v5 competitive FPS game ‘Valorant’. It is clear that Riot Games is looking to expand on the field of gaming by taking up new genres and they are successfully dominating them. While another big announcement from them in the same year was very unexpected to a lot. The weird thing about this announcement is that the way it was announced to the public was a bit mild in a sense. So, how was this big announcement revealed you may ask? Many of you may already know but for those who are unaware let me tell you that it was announced on a normal random tweet.

A tweet from VP of IP and Entertainment of Riot Games, Greg Street that was posted on 18 Dec 2020 is the main center of attention here. In summary, it talks about how this is the right time to work on a new and ‘massive’ project that the fans were demanding for a long time. The tweet might seem a little random and normal but what caught the world’s attention was the new project was allegedly a ‘massive’ one. People were so curious and were eager to know what the actual deal is about. That’s when a reply from a fan caught Greg’s attention and his new reply was the actual clear reveal by which we got to confirm the speculations.

My recent job at Riot has been to help develop the League universe, which we’re going to need!

Because it is time. My new job is to kick off a big (some might say massive) game that many of you, and many Rioters, have been asking us to create.

On asking about whether the new game was an MMO or not, to which Greg Street replied and confirmed it to be an MMO. On further enquiry by other media sources, Riot Games confirmed that the project is as real as it gets and Greg’s tweet is currently their only form of ‘announcement’. A big company like Riot Games, delivering a great news in such a subtle way with the most minimal effort? Ok Riot, very cool!

tell me now… IS IT AN MMO? Will I be able to pick my waifu's clothes and hairstyle?!

The craving for an MMORPG from Riot Games was a long time in demand and is currently confirmed to be a work in progress. Riot Games are popularly known for their game LoL but with their recent FPS game Valorant, they surprised the community very much. And the thing is that the game is actually very good and is currently doing what it was supposed to do, rival CS: GO. So Riot’s take on the new MMORPG will be an interesting venture we all will be looking forward to. A game like that needs years of development, testing, investment, proper launch and is supposed to release no time sooner. But the way it was casually announced on Twitter on Thursday of Dec 18th, 2020 was weird as their announcement for Valorant was a big campaign. Valorant itself took nearly 6 years in making so the wait might be a long one this time too.

Another news that came from Greg Street’s tweet is that they are currently hiring developers and members for the project which was later confirmed by another follow-up tweet.

Another interesting fact about this is that Greg Street used to work for Blizzard Entertainment for 6 years on the game World of Warcraft as a lead systems designer. In the recent past, we have seen that Riot Games had hired ex-CSGO developers and map makers for their new FPS title ‘Valorant’, which resulted in the game being a great success with certain essence that CS: GO missed. World of Warcraft (WOW) is also a massively multiplayer MMORPG game released back in 2004. It is, in fact, a successful game and hiring Greg Street reveals that their game plan for LoL MMO is the same as it was for Valorant. It is indeed an incredible strategy.

We will keep you updated about the latest news on this game.