STALKER 2’s development is building up to be great!

The new open-world horror game is in the making as promised.

Stalker 2 (S.T.A.L.K.E.R. 2)  is a blend of First-Person Shooter, immersive simulation and horror-based video game. The game is currently being developed and will be published by GSC Game World.

The first time we heard about this game was back on May 15th 2020, on Cossacks 3 Facebook page. The game was then said to be released in 2021 as the cypher of the post suggested. But after nearly 2 years, we got some more insights on the game at Xbox Showcase 2020. The first official trailer was streamed there (which can now be found on IGN’s Youtube page).

The trailer’s entire theme and background caught much attention as it was based on the historic location of Chernobyl. Then a couple of weeks before, we got an official ’in-engine’ gameplay teaser of the game that set the mood. Even though the name suggests likely, it can hardly be regarded as a ‘gameplay trailer’. It was barely a minute long teaser that talked about the game silently.

Stalker 2 sets along the Chernobyl Exclusion Zone and the trailer showcases the infamous outskirts of Pripyat. Pripyat is regarded as a ghost city in northern Ukraine that suffered the wrath of the nuclear explosion.

The protagonist in STALKER 2 is a Stalker named ‘Skif’, not his real name. The entire teaser is viewed from his perspective where we could experience the demolition and horror surfacing everywhere and the feeling of uncertainty attached to the entire video with a chilling guitar background.

The entire zone is an ever-evolving and changing grounds of horror, terror and consequences. There are many artifacts and other collectables that are of unbelievable value but to claim it, you have to face the hurdles, which is not an easy job. If failed, the price to be paid instead is said to be ‘no less than your own life’.

The area is filled with nuclear radiation, mutants and other anomalies and outcasts. The map of the game is said to be ‘one of the biggest till date’ and as an open-world game goes, the huge world is explorable with risk.

The game will have RPG elements and selection of choices will not only shape your own ‘epic’ story but also influence the outcome and future itself. And if you are not careful enough, you may get lost amidst the horror driven in every nook and corner of the environment of STALKER 2. 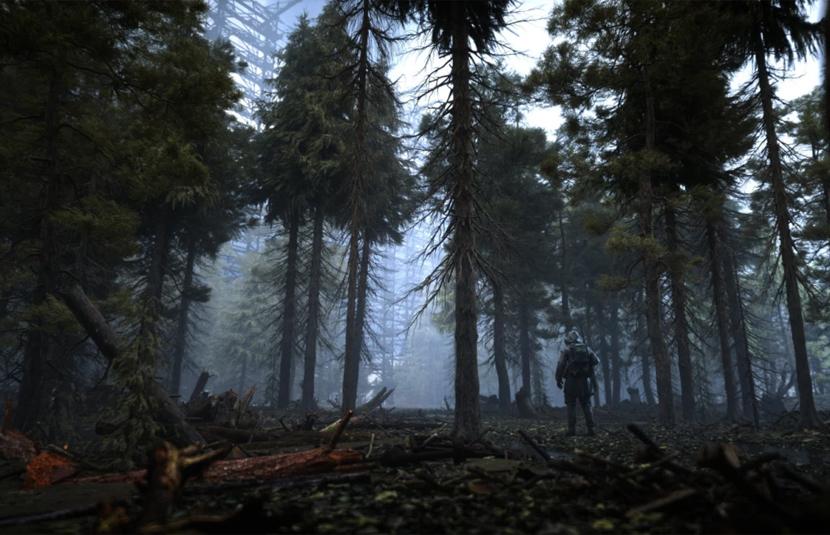 GSC Game World are really excited about the game and currently informed us that the entire development process is “progressing smoothly”. They have also mentioned that STALKER 2 will have the new RTX’s Ray Tracing support along with full 4K resolution support for the Xbox Series X. And though it is not confirmed, this ray tracing support will also be available for PC as it can easily do that.

GSC Game World still hasn’t given us an actual release date or even hinted anything further. Possibility of STALKER 2 coming in 2021 is still high, so we hope there is no delay announced in the future.

We, personally, love this type of thrill, adventure and horror-based video games. The developers have surely put up a huge and promising effort in the game to hold the picture of the post-nuclear, radiation thriven Chernobyl and its life. This kind of story always has something up its sleeves. And the RPG elements and ‘one of the biggest open-world map till date’ just puts the cherry on the top. We earnestly admire the efforts that everyone put and hope that everything pans out perfect and properly as planned.

Be sure to follow us for more gaming related articles, news, reviews and more!