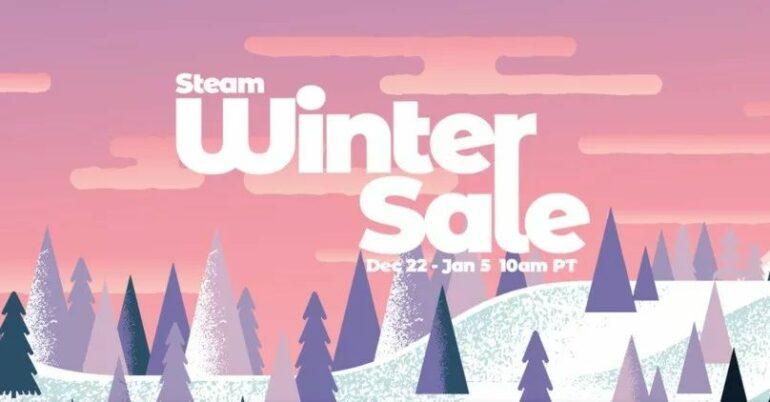 Steam has been dominating the market of digital video game distribution service. It has a huge library of games ranging from various genres. Steam has recently launched their ‘Winter Sale’ in action which is scheduled from 22nd Dec to 5th January. There are, as always, great deals on games that you shouldn’t miss with discounts ranging up to 90% off.

Here’s our little guide to some games that you may find appealing based on certain genres. The list is based on our personal picks but will provide great guidance and selection. We have chose ten games under the different genres of FPS, Action, Adventure, Survival, Sports, Casual, etc. The list of possibilities goes on, so we recommend you to check the store for yourself too.

This is a tactical, FPS, team-based, multiplayer game and offers a realistic feel similar to a real-life combat and scenarios. The game is objective-based and teamwork plays a huge role along with skills and communication. The game delivers a modern combat atmosphere to the players with the uncertainty of the battlefield. A great FPS game to try your hands on and is currently available with a 50% discount on steam.

Sekiro SDT is a single-player game set in the 1500’s, where you are the lone warrior with the duty to protect a young lord from the enemy clan. The game had won the Best Action Game of 2019 by IGN with its beautiful focus on action and combat assisted by its difficulty level. This is a must-try game in our opinion and is available with a discount of 35%, which is great regarding the quality of the product.

Initially released back in 2019, RDR 2 has won over 175 Game of the Year awards and has a record of a perfect score on over 250 mediums. RDR 2 is a story-rich, action, adventure, open-world game from the house of Rockstar and cites the tale of outlaw Arthur Morgan and the infamous Van Der Linde Gang. The story unfolds in 1899 America and the beautiful story, visuals, and gameplay makes this a game that everyone will eventually fall in love with. The game also has an Online multiplayer aspect which is also first in the series. With the current Winter Sale, RDR 2 is available with a 33% discount which makes it a great time to buy the game to try it for yourself.

If you are looking forward to playing a survival game with your friends and enjoy every single second of it then the forest is the best choice for you. It offers a single-player, co-op and multiplayer (up to 8 players) game mode where the main character gets stranded on an unknown island as a result of a plane crash. Where he has to survive with any means and find his lost son on the island before evacuating. The game has such a great story-line that unfolds slowly but also offers a casual approach according to the individual want. The game is very fun to play especially if played with friends. Currently available with a 50% discount, it is a must-try game from the survival genre.

Due to the current world circumstances and limitations, game developers were not able to go beyond the limits to make their games. The sports genre took a poor hit reasoning to the pause in real-world counterparts and their new titles were mainly a re-skin of their older version, which not many have openly admitted. But Konami did and released their eFootball Pes 2021 which they mentioned to be an updated edition of Pes 2020, that was launched in Sept 2019, with updated clubs and roaster. And with the 50% discount, it winds up to be a great option for a football lovers at a very low price.

No Mans Sky is an Open World adventure game influenced by the Sci-fi aspect of the imagination of Space. The game lets the player jump into their own epic voyage to the center of the universe shared by all. Visiting unknown lands and exploring, trading, and fighting whatever to keep your survival alive. The game can be enjoyed as a single-player or co-op with friends and its online PvP brings a level of uncertainty and thrill to it. The sale offers the game at a 50% discounted price, which is a bargain for every galactic Sci-Fi adventure lover out there.

With its fair share of positive reviews and ratings like 9/10 by IGN, 94/100 by PC Gamer, etc., Doom Eternal is a game you can spend hours on. The Single-player game lets you save Earth from the Hell’s army that has invaded it, all that good stuff. Encounter the journey of endless slaying and massacre of demons across dimensions and stop the final destruction of Mankind. If you’re are looking to buy this First-person masterpiece, the sale offers this with a 67% discount that you can’t miss out on.

8) theHunter call of the wild

Experience hunting in the most realistic and visually mesmerizing way with theHunter: Call of the wild. A peaceful, casual, and open-world experience through the depth of the jungle and wildlife. It is one of its kind in the genre and is available at a very low price with a 70% discount. Hop in a single-player campaign or play Co-Op with your friends, wander around, shoot deer or rabbits, who knows.

HL Alyx is by far the best VR game that we have played in a while. Released on 23rd March 2020, Alyx soon emerged in popularity for its innovative gameplay and Storyline. The game is Valve’s return to their popular Half-Life series but this time in VR. So if you are looking for an action-adventure game in virtual reality then you have to try Half-Life: Alyx. The game is currently available with a 25% discount on steam.

This is a Story-based adventure game that exclusively focuses on Co-op and is developed by Hazelight. Here you will be playing as one of the two prisoners, who are the main characters and plot your escape from the prison. Working together you will solve puzzles and overcome obstacles to find your way out. The game is CO-OP only and requires a second player and that aspect makes the game interesting and enjoyable. Currently, the game has a 70% discount which makes it an ideal deal to check out if you’re looking for a Co-Op based game.

This list is just based on our personal preferences and you insist you check the sale for yourself to find more great deals on games. Steam sales are a great time to buy games for yourselves and gift games to your friends, especially during the festive season. Only the listed ten games will not do justice to what actually is offered. So hop into the online sale before 5th Jan 2021 and sort some from the vast library of games.

We will notify you about more great deals on games in the future so be sure to follow us. Have a good game!