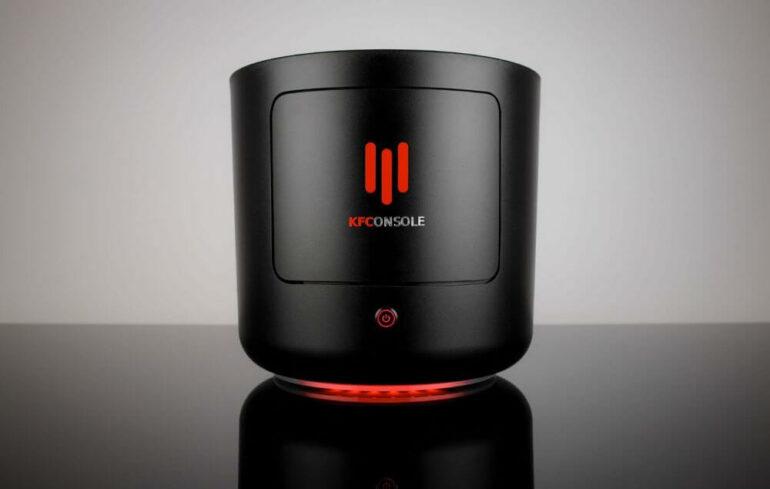 Haven’t we always craved some delicious and warm chicken wings while playing games on the console? Then thankfully this dream of ours is finally going to be fulfilled.

Kentucky Fried Chicken or KFC is an American Fast Food restaurant chain, famous for their delicious fried chicken world-wide. So it is quite usual to think about why they are making a gaming console. Well if we look at the past, this fast-food chain has collaborated with some of the leaders in the business world on some products many are unaware of. For example, they partnered with Crocs for a fried chicken-themed crocs and Huawei to make a KFC Phone which was a mid-range android device in China.

But making a successful gaming console is really a big deal in today’s market. With the already thriving popularity of Xbox and PlayStation, it is rather hard to make a name for themselves. So what exceptional things are they going to offer the people? On 22nd Dec, by an official tweet by KFC Gaming, they unveiled their brand new console that was supposedly set to end the ‘Console War’. And on this project, they have officially partnered with Cooler Master to provide the first gaming console that has a built-in chicken chamber! How crazy is that?

The console wars are 𝒐𝒗𝒆𝒓.

Yes, you heard it, right folks, a built-in chicken chamber to keep your chicken wings warm. The console is shaped like a ‘Bargain Bucket’ and looks very different from anything that is currently out there. The console is officially listed on Cooler Master’s website with some crazy features you will surely like to hear.

Mark Cheever, the PR and social-media lead at KFC UK and Ireland, stated, “This machine is capable of running games at top-level specs, all on top of keeping your meal warm for you to enjoy during your gaming experience…what’s not to like?”. He also mentioned that if Sony or Microsoft wants any tips on how to engineer a chicken chamber for their consoles then they are welcome to get in touch. Stephen James, the global PR and influence manager at Cooler Master, said that the KFConsole has been made by primarily keeping gamers in mind and the last thing they want is anyone to feel hungry while gaming as mentioned.

These specifications themselves can conclude that the console is very astonishing on paper. But in reality, it is quite early to determine something before they finally release. We don’t have any more in-depth details about the console and have to wait for further news. Such bold claims will only be backed by its performance in the future and it is too early to claim anything. We will keep you updated on any new information regarding this subject. Happy gaming everyone!