Will Odin be with us in Valheim?

It was last year at the PC Gaming Show, that we got to hear about a brand new survival game based on the world of Vikings, for the first time. The name of the game is ‘Valheim‘ and people were drowned in mixed feelings about the game.

It was not teased along with the other huge titles but was successful to grab many people’s attention.

The game has since been in development and it has just been a few hours after the developers have announced that the game will be available as ‘Early Access’ on steam this February.

Valheim is a Role-playing, action-adventure game that is developed by Iron Gate Ab and published by Coffee Stain Studios and publishing. The game will be available for platforms Windows, Linux and Mac OS.

The game is about exploration and adventure of a slain warrior, from a battle, in a mystical and fantasy-prone world of Norse mythology.

The visuals of the game are, obviously, not something from the next-gen but it has a more unique feel to it. The feel is so different and yet, simple enough that you will start liking it more than minding it anymore

But the beautiful world is just a cover to the actual fate the mythic world holds. There are so many mythic creatures and things that will try and kill you.

The CEO of Iron Gate AB Studio, Richard Svensson, has a lot to say about the game’s difficulty.

“Valheim is really tough. You will die, a lot. Your friends will die, a lot. But we hope we’ve managed to strike that balance between being needlessly brutal, and offering a rewarding and challenging experience,”

This settles the constant flashing of ‘YOU DIED‘ in the Early Access trailer by Coffee Stain Studios. The game is going to be very hard and you’ll die often but higher the risk equals higher rewards.

The developers have assured that the game will be very rewardful regarding the risk one is willing to take. They also mentioned that the world of Valheim is huge and there would be a lot of stuff to do in the game.

At the end of the day, Valheim is a hardcore survival game. So there is a heavy lean towards gathering resources, building houses, preparing food, making armour and shields for combat and all the other things necessary for survival. Players have to maintain personal conquests along with the daily struggle of living off of the land.

The game has a Co-op feature that allows players to have the option of surviving solo or in Co-Op groups, consisting up to 10 members. This surely provides a different take on the game as survival games are much more fun when played with friends or randoms in multiplayer. 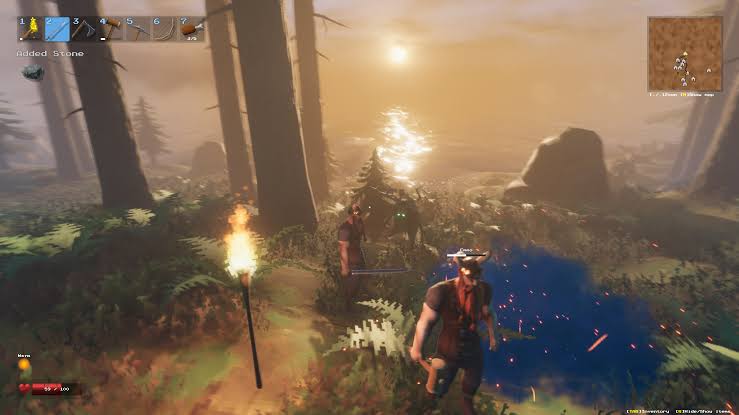 Valheim is still under the development process and needs a bit more time for a full release. But the developers have confirmed with the trailer that they are going for an Early Access release for the game on Steam from February 2nd 2021.

We here, love survival games of any shape and form. But the uniqueness of the game itself separates it from the others too bright more. Valheim has a cool concept that we love and are looking forward to.

The game’s storyline is inspired from the Norse mythology, as mentioned earlier,  that gives the game a different level of sentiments. The people who have read the Norse mythology will be very aware of how interesting it is. Implementing that in a survival game would really be something to look out for.

We will be trying out the came on Feb 2nd and be early to provide a review of the Early Access version. So be sure to follow us to stay updated on gaming-related content, news and much more.