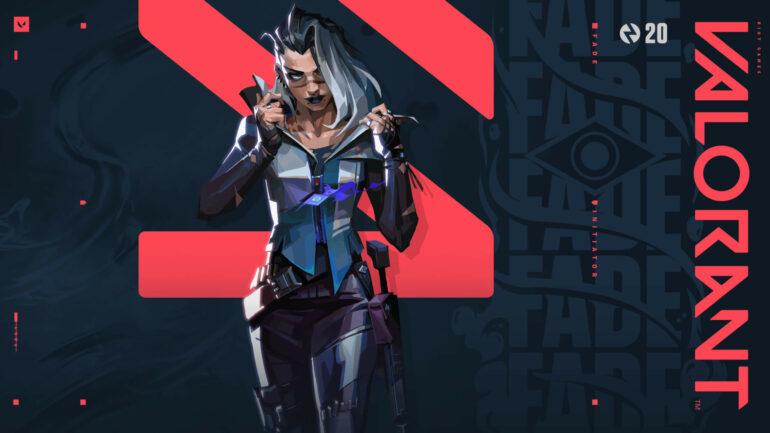 In this article, we will talk about Fade in Valorant EP 4 Act 3 and her abilities in detail.

The developers, Riot Games, have been teasing this new agent for a while now. We received various eater eggs through the course of Episode 4 Act 2. This includes banners, player cards, leaked voice lines, a whole new area within the game’s warmup area and much more. The new Episode 4 Act 3 is scheduled to drop within a few hours now and we are going to explain Fade’s abilities in the game so that you can get an idea of whether her gameplay is for you or not.

The addition of Fade in the game will make her the twentieth agent. She belongs to the Initiator Agent class and was popularly known by her codename, “BountyHunter”. Her niche involved gathering information on the other agents in the game and use of fear to haunt them. Fade is going to be a perfect agent for reconnaissance in the game and we are really excited to see how she changes the ongoing meta.

With this ability, Fade can fire an orb out, which stays up in the air and then splashes down on the floor after some time. After this orb hits the ground, it makes an ink-burst impact that creates a zone of a nightmare. Any enemy player that gets caught within this zone will not be able to escape it through normal means.

When you use this ability, Fade fires and cast another orb out, that stays afloat and splashes down on the ground. After its plunges down, it turns into a nightmare entity which reveals enemy locations that get caught by its vision.

When you use this ability, Fade sends out a Prowler that travels in a straight line and chases any enemy that it catches sight of or their trails within its narrow POV. And when it hits the enemy, it makes them nearsighted. You can also steer this ability by moving your crosshair.

This is Fade’s ultimate ability and it both looks good and is very useful. When you use this ability and fire it, Fade sends out a wave of nightmare energy. This travels through walls and other objects, much like Breach’s ultimate, and inflicts decay and deafened states to the enemies caught by it. It also reveals their location and creates a trail that is visible to players on her team.