You have five awesome killing weapons to choose from, make it count

By techy_nev1 year ago3 min read 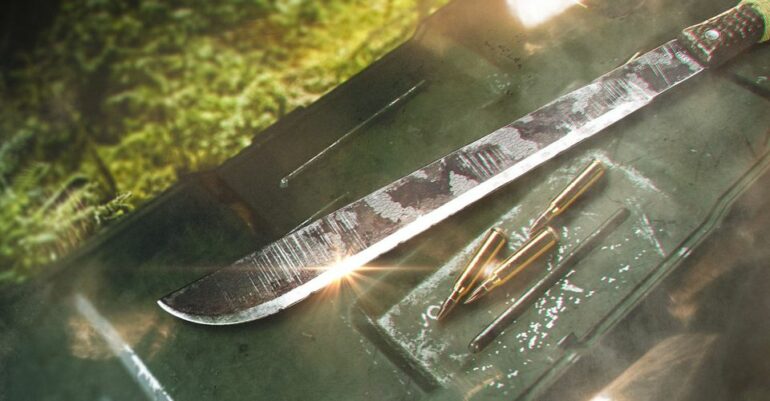 Season 3 of Call of Duty Black Ops: Cold War brings along with it a lot of new weapons for players to unlock and use. Currently, there are a total of five melee weapons in-game for players to choose from. Of course, every weapon has its benefits and drawbacks.

Before season 3, players had to complete some complex challenges in either multiplayer or Warzone to unlock weapons. However, in Cold War Zombies, each of those weapons and more come with a special Zombie Mode unlock challenge for players. They can be Pack-A-Punched, upgraded, and mod-ed to create some seriously lethal killing machines.

So, let’s see how to unlock every new melee weapon in Cold War Zombies.

How To Unlock Every Melee Weapon

In the new Zombie mode challenge unlocking new melee weapons is more fun and more straightforward. So, let’s dig in with each weapon, its unlock challenge, and how to best complete it.

How to Unlock the Sledgehammer

This is the easiest weapon to be unlocked in the game, for this player has to go on a triple-packed zombie-killing spree. To unlock the Sledgehammer in Cold War Zombies, players must get 250 kills with a triple Pack-A-Punched melee weapon.

To earn this weapon, load up a solo game of Outbreak Zombies and equip the Combat Knife or any other melee weapon previously unlocked to their custom loadout. Complete the first three rounds however you wish to, there’s nothing much to them anyway. The suggested game mode for this challenge is the Outbreak because the early and easier rounds can be ground for points, salvage, and kills. العاب تربح منها فلوس

Eliminating the HVT, aka Skull and Bones, will grant players free perks, and if your luck is good then you will get Juggernaut for free. لعبة ضومنه اون لاين Juggernaut and Quick Revive are the two most important perks in these early rounds as they’ll keep players at max health and reduce their health regeneration delay.

How to Unlock the Wakizashi

To unlock this weapon, players must use a melee weapon to kill 150 zombies distracted by their Decoy Grenade or Monkey Bomb. Just get your hands on Decoys and Monkey Bombs. Sure they can be expensive but can also be picked up off the ground. Keep an eye for them as loot box drops or zombie drops.

How to Unlock the E-Tool

This weapon for those players that enjoy smashing zombies with a shovel. That’s some serious fetish that every one of us has. العاب من على النت To unlock this weapon, players must use melee weapons to kill 50 special enemies. Special enemies include Mimics, Tempests, Manglers, Megatons, and Krasney Soldats. In the outbreak, grind until rounds 4 or 5 for the most special enemy spawns while keeping them on the weaker side.

How to Unlock the Machete

Now, this is my favorite, and the most classic zombie-killing tool of all time and players must use a melee weapon to kill 200 enemies while Aether Shroud is active to get their hands on this classic tool. Remember this challenge is by far the most time-consuming of them all, and the most annoying part is that the Aether Shroud does not last very long and still takes a while to charge up.

Zombies will ignore players while they’re shrouded, which makes it more difficult to kill them. Players also move very quickly while in Aether Shroud, and the melee lunge is difficult to judge.