‘Call Of Duty: Warzone’ The new DMR 14 has broken the game meta!

It sucks when you get killed in milliseconds and this DMR does exactly that. 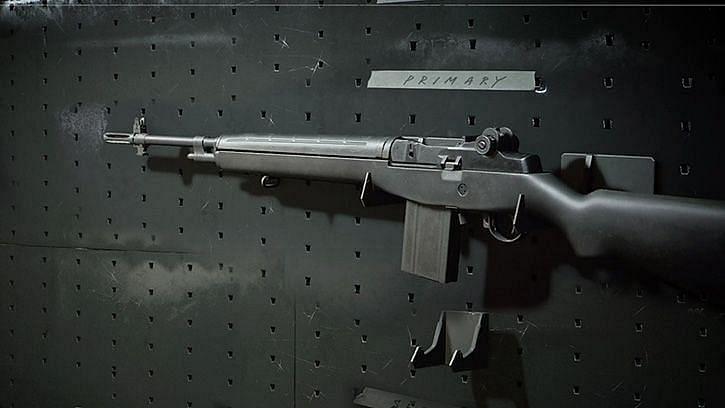 Ah, Call of Duty: Warzone again! Lately, the game has been scoring the headlines too many times. This time it is a weapon-related issue that has made the game nearly unplayable.

If you are aware of the latest Call of Duty news, they have recently merged COD: Warzone with their brand new title Call of Duty: Black Ops Cold War. Warzone is COD’s Battle Royale game that was released as a part of the Call of Duty: Modern Warfare 2019 title but it can also be played as a stand-alone game for free! With its recent merge with Cold War, many obvious issues and problems arose that many of us saw coming.

A new weapon named ‘DMR 14’ was recently added to Warzone from the Cold War game. And that sweet ol’ DMR has resulted to become a painful thorn blocking the roads of basic player enjoyment. The gun was obviously not fit for the warzone meta and hence resulted to be so overpowered that players can’t stop complaining about it everywhere.

The DMR 14 is a semi-automatic rifle that has an extremely fast rate of fire and near to none recoil. This makes the gun easy to use in short, mid and long-range fights and it is just insane to even look at.

It can knock and finish you up within a blink of an eye and it is just horrendous! And the cherry on the top is that, due to its mechanics, it can be learnt to use and mastered in moments. There is just no chance of you surviving if some enemy player has caught you off-guard with the DMR 14 for just a fraction of a second.

With everything that is going on with the franchise recently, Warzone has faced the most annoying sets of problems and glitches. Some of the recent game-breaking bugs and glitches were the unlimited ‘stim’ glitch, invisibility glitch, unbalanced guns, etc. You name it.

Even though, the developers of the game at Infinity Ward and Raven Software were fast enough to take necessary actions each time. But the matter of question here is, how many more screw-ups will be there in this short span of time? Fans, players and critics, all have different opinions on this matter and some of them are completely understandable. Some want the DMR 14 to be nerfed down, whereas, others want it to be completely gone form the game.

With the past instances in mind, we are pretty sure the developers have heard the complaints and are looking for a possible solution in the mean time. SO, the only rational thing is to wait and calm out the anger and avoid the game for some time, until its get patched up ( Only if it is bothering you that much).

Warzone’s popularity has been growing at a heavy pace form its launch and has successfully managed to acquire a large and strong player base. These kinds of problems cause a few drops in the overall game’s reputation but they are not that foul. But if this is remained unchecked, it can seriously damage the game’s future. As we discussed in a previous article on how these kinds of problem may lead to insane mess and kill an entire game off its popularity.

In the past, many types of games including the popular Battle Royale and FPS have faced this kind of game breaking over-powered weapon problem. We all can agree on the fact is that it is more annoying as most players abuse this sudden insanity of powers brought to the game.

All we can do now is nothing else than to wait. So, let’s just do that and see what happens and follow us to remain informed about all your favourite gaming news.