CS:GO tries to fix the controversial ‘bot problem’ with a new patch

Spoler Alert! It is not that great. 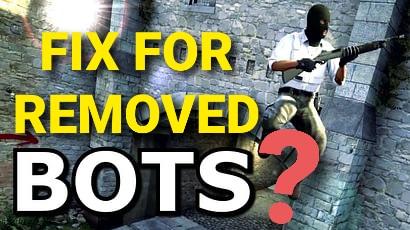 CounterStrike: Global Offensive or CS:GO have been a hot cake in the gaming headlines due to their recent unnecessary game changes. If you are unaware of the matter, Valve has removed ‘bots’ from CS:GO’s competitive and Wingman game modes.

The current Bot problem in CS:GO

You see, the bots in these game modes were awarded to the affected team that had lost a player or more. These bots worked as a replacement for the lost teammate and used to work via AI. If a player from a team dies in the round before and the bot is still alive, they will be able to take control of the bot for that round.

It wasn’t perfect or an ideal replacement of an actual player but it did the job. But with the patch of 1/7/2021, this feature was completely removed from the game. This created much anger in the community and was critically reviewed as this removed a somewhat solution to a problem and left it unanswered.

So Valve is trying to fix it with some changes in the game that are explained here below.

Valve’s solution to the problem

The new patch of 1/27/2021 has brought a number of changes and additions to CS:GO but none of them was the re-addition of bots in competitive. Instead, they have implemented some alternative solutions which may solve the mess they created.

In Competitive and Wingman modes, they have added a system where if your team has fewer players than the opposing side for an amount of 3 or more consecutive rounds in the half, each member of your team will receive a sum of $1000. This is called ‘Shorthanded Loser Income’ and will be awarded in round loss money.

A note to keep in mind is that this system will only work in the case where the lost player was disconnected and not kicked out of the game.

In Competitive and Wingman modes, each team will have a subsidy of an extra technical timeout apart from the already available one. This timeout is automatically implemented in case of a teammate disconnects for the first time. This automatic timeout has a duration of 2 minutes and will end early if the disconnected teammate reconnects or abandons the match in the meantime.

Other notable changes in the patch 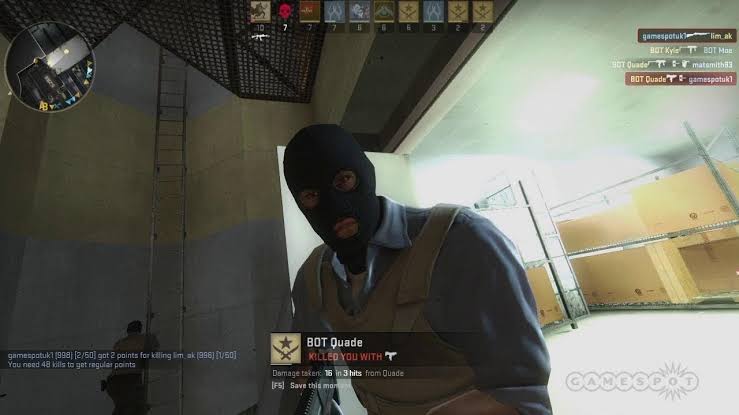 Our Thoughts on CS:GO’s alternative solution

We can already see the resemblance of where the ‘shorthanded loser income’ was thought of and it is Valorant. In Valorant, if a player or multiple players from your team are disconnected then everyone in your team will be rewarded with extra credits and ‘ultimate orb’ (1 lost player= 1 orb) in respective spawns. This is more practical there than in CS:GO as we have to wait for three consecutive rounds to receive any aid from the game. And in case the player reconnects within two rounds and then disconnects again for two and repeats the process, no one will be receiving any extra credits.

And if this kind of griefer is voted off, they still won’t be receiving any extra credits as this doesn’t work in such cases.

The Automatic timeout, on the other hand, is somehow a little helpful. But none of them works even close to the previous solution of having a bot replacement.

These solutions look pretty useless in solving the bigger problem and not thoroughly thought of by Valve. These could have been better polished to even come close to an alternative fix. So like every time for the past years, we have a request to them, Valve pls fix.

Be sure to follow us too for more gaming related articles, news, reviews, and more.