In Pokémon Legends, Arceus - Abra is a Psychic-type Pokemon that can be caught on early. Just you need a little guidance and we are there with it. 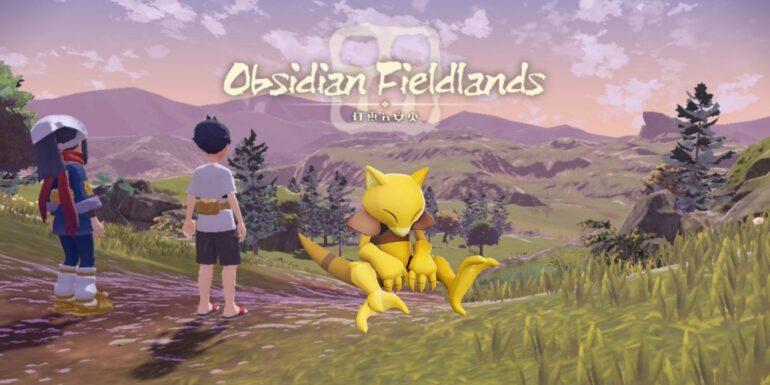 About Pokémon Legends, Arceus – Abra is primarily yellow in color. It is a bipedal Pokemon i.e. it walks with two legs. Its face is kite-shaped with a small, pale yellow long nose and two short pointed ears. Its wide eyes are normally closed. Abra’s body is segmented with black skin is visible between its joints and along its neck. It has pauldron-shaped armor which makes it look rigid and strong, as well as a brown fauld around its bottom chest.

It has three digits on each hand and foot, but its fingers are considerably shorter than its toes. It has three toes, two of which point forward and one point backward. Its tail is thick and long, with a brown band located near the tip. 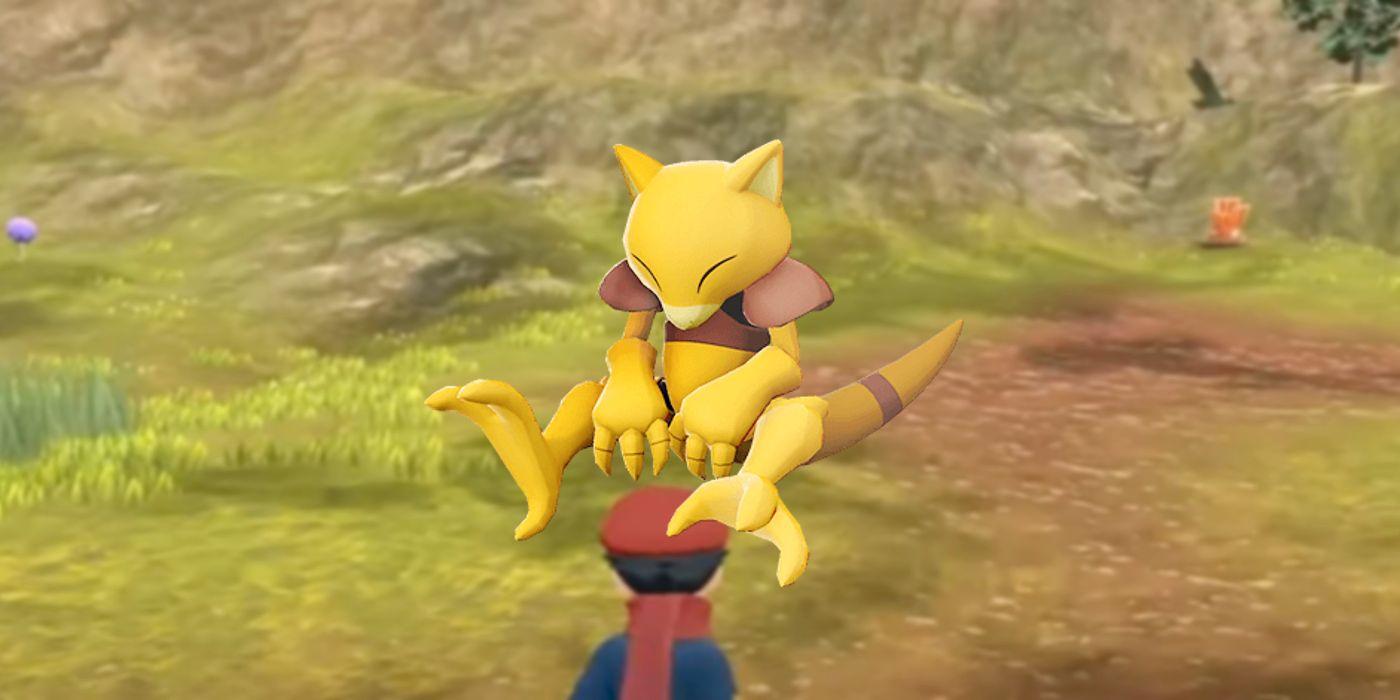 Its major appearance had an Abra that evolved into a Kadabra in “Abra and the Psychic Showdown”. Its owner was Sabrina, the Gym Leader of Saffron City.

Where to find Abra in Pokémon Legends, Arceus:

Catching Abra is a tough job in Pokémon Legends: Arceus, but can be achieved by the right strategy. Finding and catching Abra can take place at the beginning of the game as soon as Obsidian Fieldlands becomes available. There are some sub-regions where Abra may spawn, but the real challenge is to sneak on this Pokémon before it teleports. Sneaking through or distracting Abra will be necessary to catch him.

Abra can be found in Sandgem Flats and Windswept Run in Pokémon Legends: Arceus’ Obsidian Fieldlands. Abra may also be found and captured in Alabaster Icelands’ Lake Acuity later in the game. Windswept Run, on the other hand, is the best area to find an Abra right away. Players should bring food or Spoiled Apricorns to reduce the chances of Abra teleporting away before they have a chance to capture it.

Players must kneel and sneak up, particularly while it’s back is turned because Abra will notice it from distance. Throwing berries at Abra will keep her distracted long enough for you to get close enough to launch a Poké Ball. Berries can be gained by sending a Pokémon into a tree to collect them in Pokémon Legends: Arceus. Alternatively, players can paralyze Abra temporarily with Spoiled Apricorns before capturing it with a Poké Ball. If Abra escapes, another Poké Ball should be prepared right away so it can be tossed before the Pokémon teleports away. 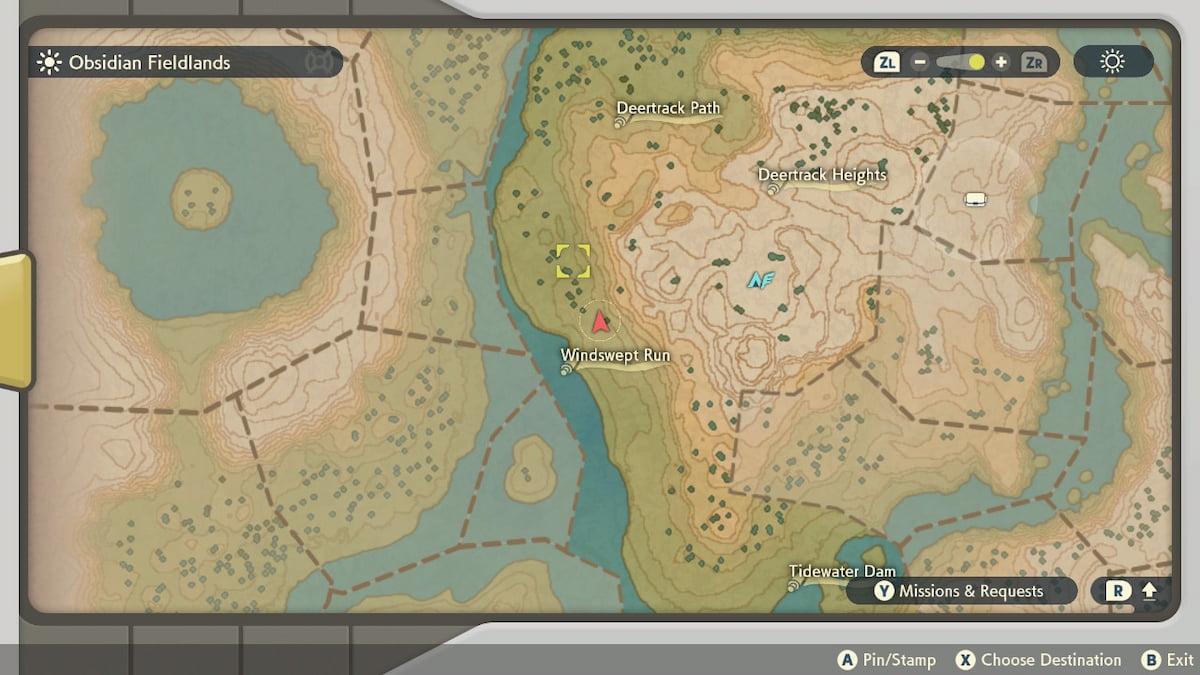 Catching Abra is a little simpler if players have gained the ability to create Feather Balls and have reached the Second Star Link. Because Feather Balls can be thrown further and quicker than Poké Balls, catching Abra from distance is easy.

Abra is a wonderful pick for people looking for a powerful Psychic Pokémon that can be caught early in the game. Abra may be found as soon as the Obsidian Filedlands are unlocked, and players can work on evolving it to improve their squad and win battles in Pokémon Legends: Arceus. 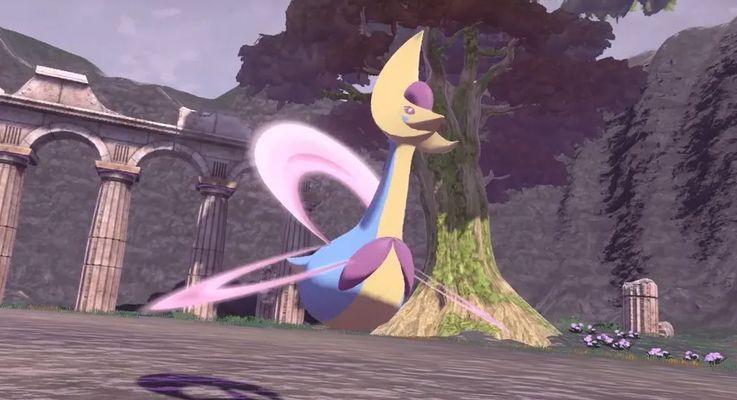