Vulkan in Valheim: How to Enable Vulkan (API) & it’s Purpose

The latest patch (0.146.8) of Valheim allow the Vulkan support in the game, helping some players to enhance frame-rate and GPU. 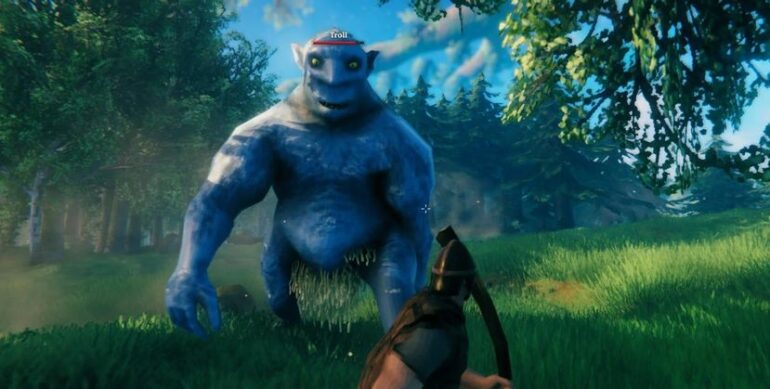 Players are very excited after the new patch 0.146.8 that allows Vulkan in Valheim. All they are craving is to allow the Vulkan API access in the game. As of now, the patches and updates released by Swedish developer Iron Gate Studio, enable the boost framerate and the bosses. Now the Valheim’s latest patch 0.146.8, just released enabling some of the main and most-liked features allowing boost for Moder, Bonemass, Yagluth boss fights, as well as the most exciting Vulkan Support in it.

While some players finding it difficultly to run the support, as their GPU crashes, while some are getting more enhanced graphics with boost framerates. Let’s dive with us to know more about the Vulkan in Valheim support and its purpose.

More About (API) Vulkan in Valheim Support & its Purpose:

The Vulkan API (Application Programming Interface) has the ability to enhance the performance of your system while playing by minimizing the task between the GPU and CPU. It is more likely as OpenGL and DirectX. The developers of Valheim suggest using Vulkan API Patch over other available APIs. The reason behind this is totally clear as it could improvise the framerates of players. More likely the older systems are facing crash problems while playing the game. So, this API could prove as the problem solver for such GPU-related crashes and other problems too.

As of now, there aren’t any Vulkan-specific settings to allow Valheim to run in Vulkan. But you can use the Vulkan API patch (0.146.8), for full support. All you have to do is some settings and you will be ready for use. But, one thing you should remember before enabling it is that there is no guarantee of fixing your FPS and GPU issues with this. As some players got the result as doubled framerate. But for some players, it’s gone worse even as compared to before. Although, if you are interested you can change the setting as discussed below. 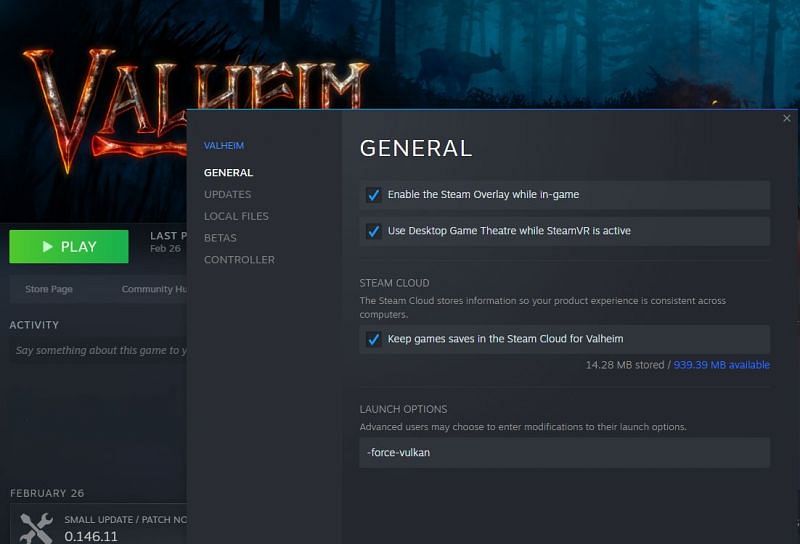 How To Enable & Use Vulkan in Valheim

If you have NVIDIA and AMD drivers, it would have updated already. As of now, Valheim does not have the setting to forcibly launching it. However, if you are a Steam user, you have to change your Launch setting manually, as discussed below. To enable the Vulkan API in Valheim, you have to follow these reversible simple steps: 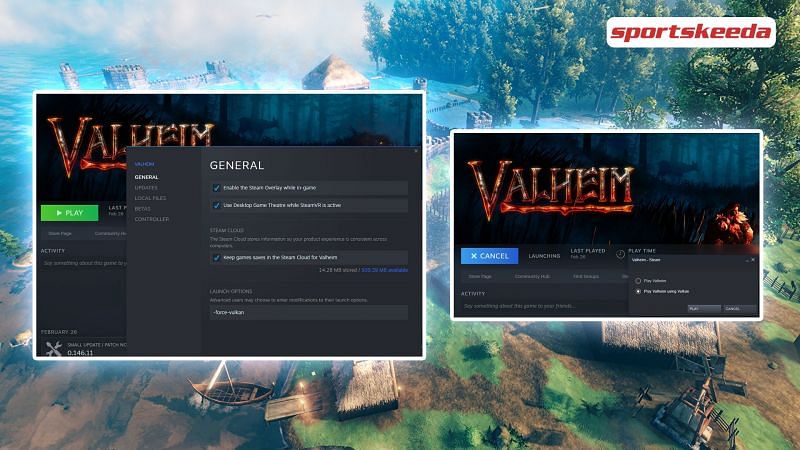