Innersloth has big plans for Among Us in 2021

Lots of exciting features will be coming to the game this year.

Among Us has been a huge influence on the gaming industry as a whole and changed certain meanings of it. The developers of the game talk about their current state with the game and more.

The popularity of the game might have dulled a bit down right now, but it is no way near its end. The developer Innersloth have a lot planned for the game for this year too. As they have discussed in their first developer’s note in 2021, there are lots of things coming to the game!

A new map called the ‘Airship’ will be dropping within early 2021. The developers first revealed about this at the Game Awards on 10th Dec 2020. The map is said to be hugely inspired by another famous game of their’s called ‘The Henry Stickman Collection‘. There will be different rooms in the map that can be selected by the players to start with and they will be able to climb up and down ladders too. This new map update will be free.

As we all know, the game was previously available for Android, IOS and Windows. And now, the game is available for Nintendo Switch, which is their first console launch of the game. The game also hit the eShop’s bestsellers list overnight on launch. This will be very impactful on their performance in 2021. Developers are working on some fixes and patches that are still required and have ensured more is to come!

Among Us is currently available for with their Xbox Game Pass program for PC and they have ensured that it will be available for the Xbox Consoles, like One, series X/S, with the Game Pass. It’s great to see so much flexibility in the selection of the prefered platform to play the game on.

Future of Among Us

Innersloth have talked more features beyond the above. These are some of the major upcoming updates and features that they are working on and will be arriving somewhere later this year or so on. These features include things like an Account system to achieve authenticity, a public Roadmap that will help them to be more transparent on their ideas with their player base, etc

Some people might still be unaware of the fact that one of the biggest games of 2020 was not released in the said year. Yes, Among Us was initially released back in June of 2018 for IOS and Android and in November for Windows of the same year. The sudden rise in popularity of the game was off guard for the prior players and even for the developers.

As we discussed earlier on our page about how Rust has regained its popularity many years after its initial release. All thanks to the streaming culture that certain games are getting the spotlight and attention that they actually deserve. Among Us had also become popular with the growing streaming culture and the fact that its mobile version was free and supported cross-play was the cherry on the top. 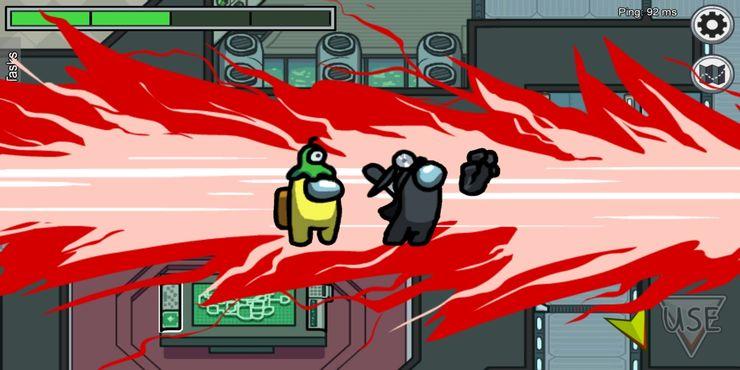 The developers were already working on their new game when Among Us started to blow up in popularity. So they stopped working on their future projects, including Among Us 2, to maintain the game. The original team that worked on the game was made of three members so it was quite challenging for them to keep up and maintain everything in time for a globally popular game growing at a fast pace.

But they have assured that they are taking things slow and steadily to provide optimal and quality developments. The developers seemed genuinely overwhelmed by the love and positive support that they have received throughout the last year and are prepared for the future of the game.