Knock your opponents down with a fist and feel like Mike Tyson. 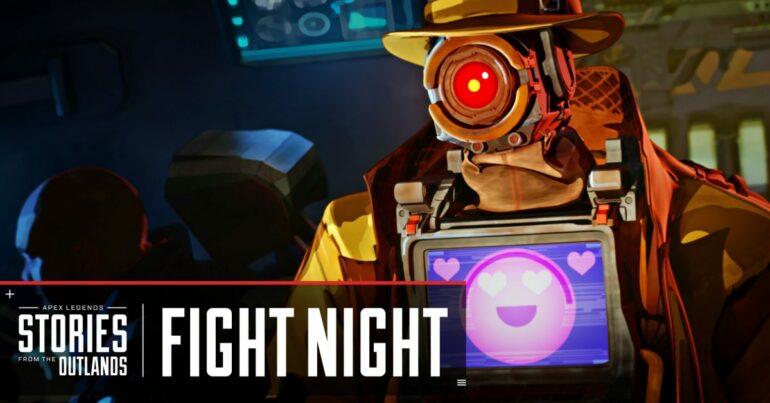 Last year has been pretty great for Apex Legends and with the new beginning of 2021, Respawn Entertainment and EA have gifted us with an exciting event to start things off! The Season 7 update of Apex Legends’ first collection event is called ‘Fight Night!’ which is going live January 5th at 8 PM PT and here’s everything you need to know.

Here are all the details you need to know about the latest event:

This is a brand new concept of a temporary game mode in the popular battle royale. They said that instead of giving it its separate playlist, It will take over the traditional ‘Play Apex’ mode which will help in the testing process. The mode is similar to the normal classic battle royale game mode but with way, more supply drops providing various weapons and pieces of equipment. As soon as you leave the starting jump ship, four supply drops will spawn randomly on the map, alongside normal ground loots, and this will repeat with each round. These supply drops are similar to Lifeline’s care package and the weapons acquired from the drops will be fully kitted and of different tier levels. the quality of the weapons will vary with the progress of each round,e.g, round one drops will include level two kitted weapons whereas level four supply drops will include top tier equipment like Red armour and gold/purple tier fully kitted weapons. This weapons that are acquired from the crates can’t be dismantled or have attachments swapped.

Our good ol’ robot has a game mode based on his name now! This game mode is based on hand to hand brawl kind of game mode, like the Fight club kickboxing type, and obviously with no weapons involved. There’s a whole beautiful ring for it and on entering the ring, one can’t use any weapons form their inventory. The ring is guarded by a blue wall so no outside nuisance will be interfering with your PPV fight and the only way to win is via fist or kicks. This game mode is actually our favourite one, it is just more satisfying to knock someone down by a punch than using any weapons. On winning, the player receives rare and top tier loots which he will be able to use in the battlefield upon leaving the ring.

This friendly MRVNS are now programmed to provide loots to the legends in the battlefield. They only appear in Olympus and will provide loots based on their face shown on the screen.

Season 7 has brought some minor buffs for Caustic and Rampart. These buffs are minor, especially in case of Caustic, but may tend to be huge as the game progresses.

Throughout the game progress, many weapons changes were implemented to balance out the overall gameplay. This update brings changes to the Hemlok, Prowler and Mastiff.

Some of the new user-friendly updates

There are 24 event items to collect in the Fight Night Event and all of them are purchasable via Apex Coins or Crafting Metals directly. And on the collection of all 24 items, players will receive a beautiful Gibraltar Heirloom which will be available after the event ends ( via Heirloom crafting).

These are all the important available details and changes that are introduced to the game in the ‘Fight Night!’ event. Apex Legends has a great plan for 2021 with the upcoming season 8 and 9 updates that will bring major changes to the game (read this article to get more insight on that).  Be sure to follow our page for more exciting gaming news!