Valheim Guide: How to Find & Unlock Guck in Game

Here is the guide to find and crave Guck in Valheim.

By Shashi11 months ago1 min read 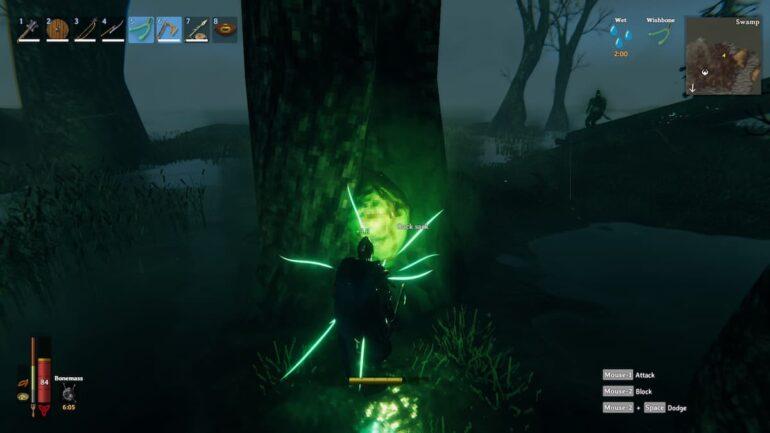 In Valheim there are thousands of resources that will give you an idea of finding and collecting various items. Resources like copper and stone are found in the open which are easy to gather however items like silver and iron are spawn under the surface and are relatively different to gather. Players who have accessed the Swamp Biome might have noticed a green glowing substance on the trees of the swamp. Many of them get mistaken to think that they are only for decorations but the real purpose is something different. There are the Gucksacks which contain one of the most valuable substances known as Gucks that can be used to mine and craft various items. 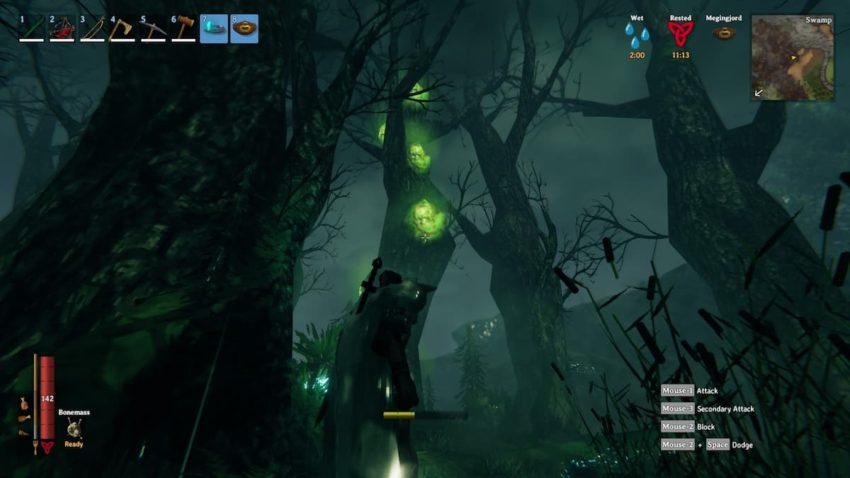 In Valheim What are Gucks Used For?

Gucks play a very important role in crafting one of the best weapons which are Draugr Fang. The Gucks are also used for making Green Banners for their buildings. The Green Banners will increase the level of comfort of your building by one unit.  Another use of Guck is for crafting the Standing Green Burning Iron Torch. The gucks also serve as fuel to them. However, the gucks are the ingredients that do not find their use immediately. If you are in the Swamp biome, then make sure to collect some of the gucks that can be used later in crafting the items. 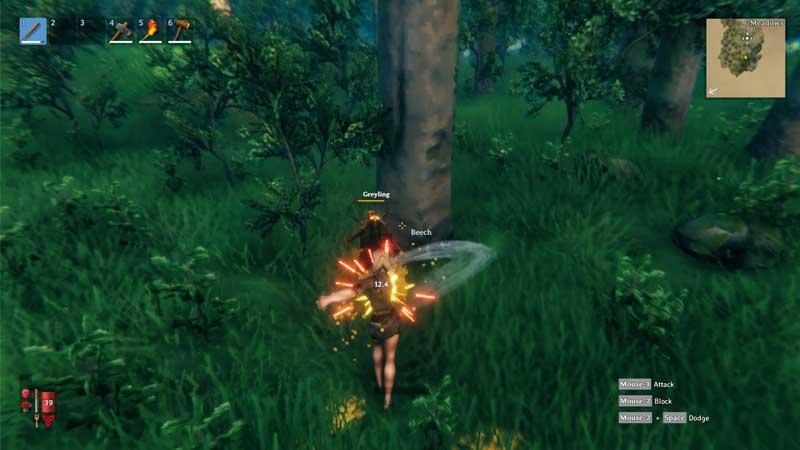 How to Collect Gucks in Valheim?

You cannot collect the Guck-sacks directly in Valheim. You will need to make a small shelter and a workbench to extract Gucks out of Gucksacks and possess an axe or a pickaxe. Search a place in the Swamp where you can find a bunch of Guck-sacks. Build a shelter and a workbench and build ladders to climb the trees. As you know nothing comes without risk, thus be aware of the risks around you. There would be creatures nearby who will cause a potential threat to you while you are on the ladder. So, it is advisable to look after the surroundings to avoid such threats. These creatures will cause ranged attacks that will cause much damage to you. 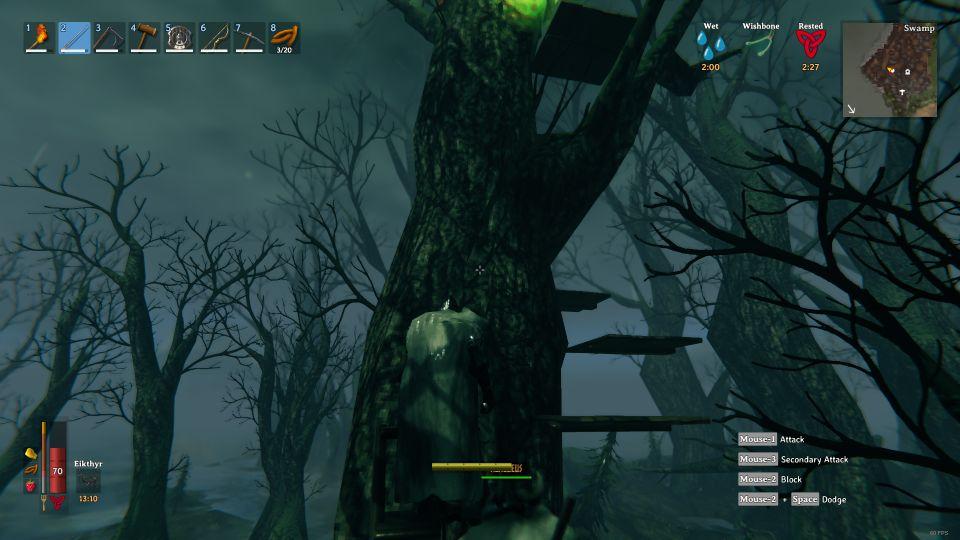 After you climb the trees, you will have to hit the Gucksacks with your axe or pickaxe until you get the Gucks in Valheim. After gathering enough of them, now you are ready to move forward in the game. You can use the Gucks in the latter part of the game to craft a weapon, a banner, or a torch. 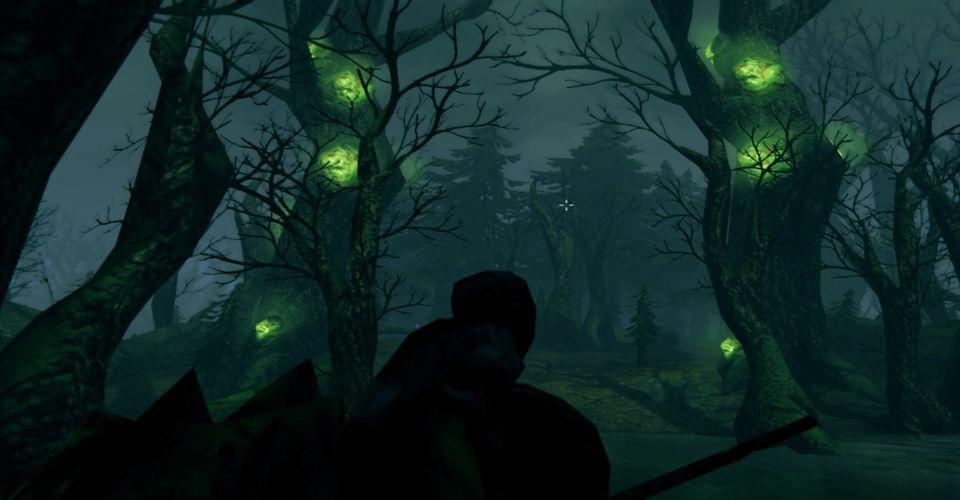