Valheim: How to Summon and Defeat Yagluth

The boss of the plant biome is a massive damage dealer 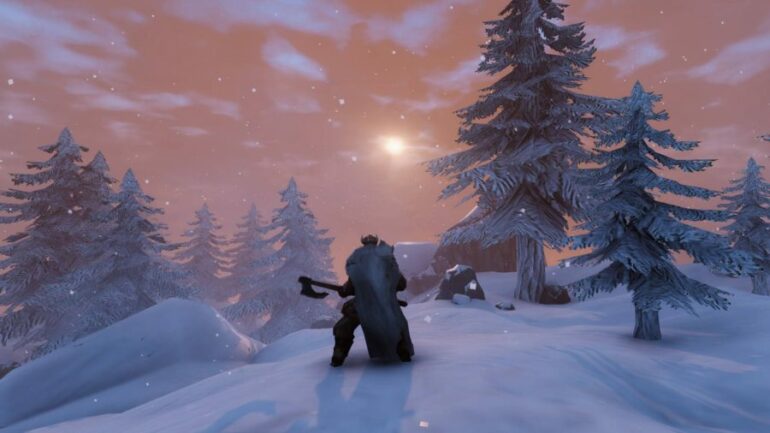 The valkyries have ferried your soul to the tenth Norse world as a custodian, where you must adventure to the ends of the realm, from the deepest forest to the highest mountain peak, slaying beasts of myth and legend feared by Odin himself. You will craft powerful weapons, build unyielding castles, and sail longships towards the horizon to prove yourself to the Allfather, and certainly die trying!

Valheim has become a sensation among the survivor game fans. The Viking survivor game has many surprises and quests hidden in its vast world. We take on several monsters and some of them are nerve trekking. One such boss is Yagluth, who is the fifth forsaken you’ll encounter in Valheim and the boss of the Plains biome.

Before proceeding remember that your battle experience with this guy, depends entirely on the quality of your armor and weapon. ماكينات القمار

To summon the boss of the plains biome, players need to collect five Fuling totems. The Fuling totems can be found inside Fuling camps and villages or as a drop from killing Fuling Berserkers. And as you know in Valheim every boss has their own Altar’s thus, you’ll need to locate Yagluth’s summoning altar by uncovering a hidden rune somewhere in the plains biome. Once the rune is found, the summoning location will show up on your map.

How to Defeat Yagluth in Valheim

Yagluth is a big Skeleton-looking enemy and until now the guy deals the highest damage amongst all the bosses in the game. for the attacks, he has three, and also deals fire damage, causing you to burn and take damage-over-time.

It is the ability that will be used when Yagluth’s hands begin glowing orange. You can dodge out of the meteors before they hit you, as long as you have enough stamina to withstand the attack. Or simply hide behind a nearby rock. I prefer hiding.

It is the ability that Yagluth will use once his hands begin glowing blue. The boss will smash the ground, causing an explosion and dealing heavy fire damage to anyone within a short radius of him.

Finally, the highest damage dealing attack of Yagluth. The boss will focus on a player and pull back his head to prepare for the attack. It’s an easy attack to dodge, but you must be a quick runner and need to time your dodging skills. But if it hits you, it will be a devastating blow.

Recommended items for the Quest

The fight is not very difficult with 2-3 players but may prove challenging as a solo player. Set a portal close to the summoning altar, so you can easily get back in case things go wrong.